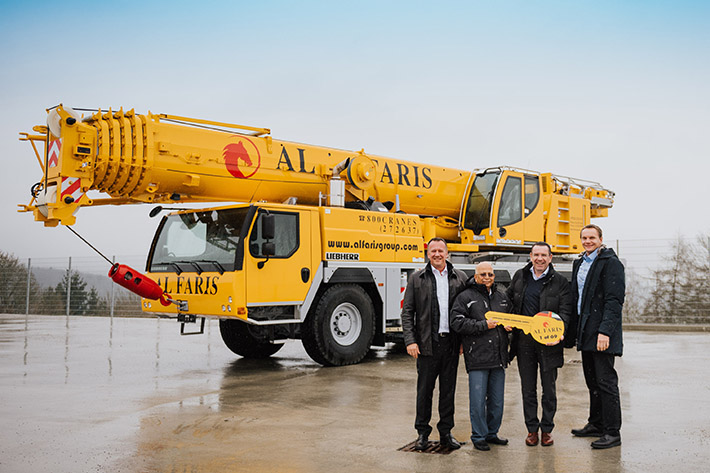 In addition to the LR 1400/1 and LR 1600/2 crawler cranes, Al Faris also decided to purchase the new LR 1800-1.0. This Liebherr 800 tonne crawler crane is designed for powerful jobs in industry, but can also be fitted with special equipment to make it ideal for erecting the latest generation of wind turbines.

Al Faris is one of Liebherr’s largest customers in the world and currently has over 600 Liebherr cranes in its fleet. In the past two years alone, Al Faris has received around 60 mobile cranes from Liebherr. Some of the newly ordered cranes will be used for the company’s massive expansion plans in the MENA Region.