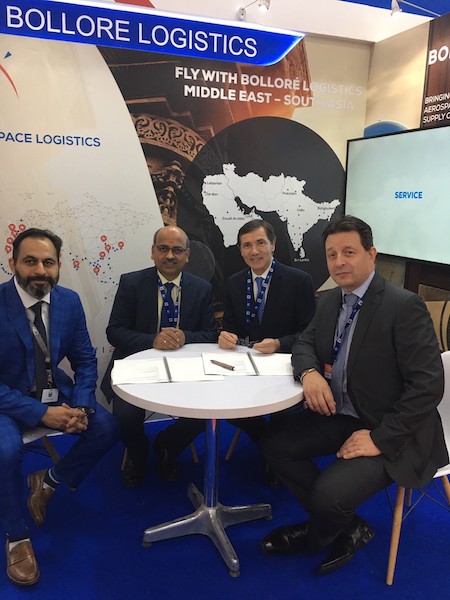 “The contract signed is for importation into India including but not limited to Custom Clearance at Delhi airport. Further, the contract also includes services related to re-export from India which includes outbound export custom process at Khurja to re-export back to origin. Bolloré Logistics is also nominated for the International Freight Forwarding to various origin from Delhi,” announced Mr. Karthigeyan Ramaswamy.