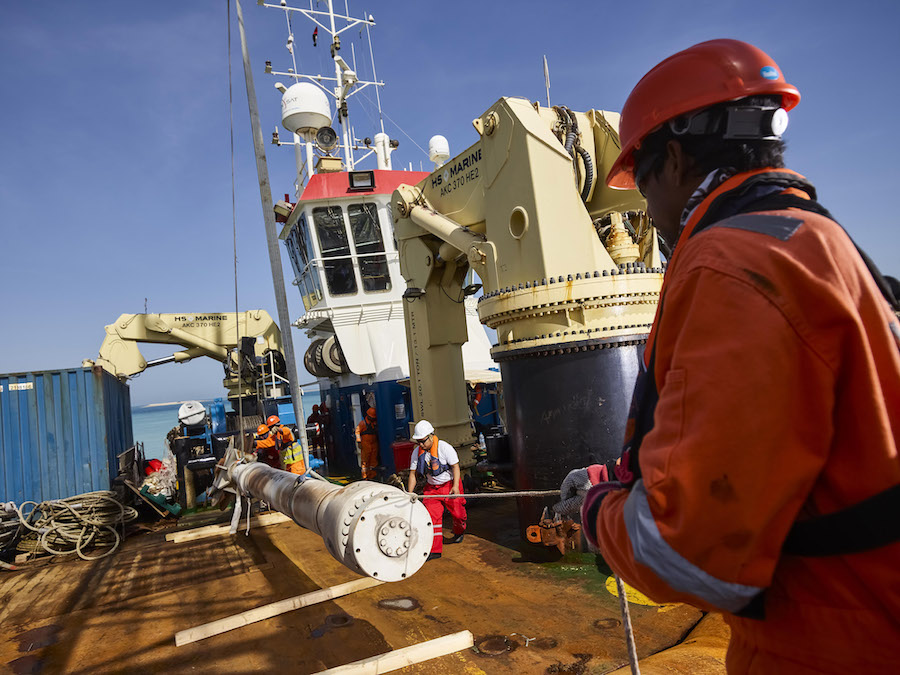 Mugharraq Port, located in the Al Dhafra Region, has been recognised as an international port facility. Issued under the provisions of the International Code for the Security of Ships and of Port Facilities (ISPS Code) by the UAE’s Ministry of Energy and Infrastructure. With the new certification, Mugharraq Port can now receive international and local vessels including container feeders, bulk and break-bulk carriers, mobile offshore drilling units, tugboats, chemical tankers, offshore support vessels, passenger ships and high-speed cargo crafts. The infrastructure improvements introduced include the extension of the quay wall up to 480 metres with additional berths, deepening of the facility’s depth to 8 metres, as well as the development of additional Ro-Ro ramps to a total of six and extra berths designed to support heavy lift operations.

Additionally, the port’s load-bearing factor capability has also been increased up to 15 tonnes per square metre, which in addition to supporting heavy lift activities also accelerates the movement of cargo bound for oil and gas facilities. On the landside operations of the port, new elements include the development of liquid and dry bulk pipelines, which are expected to substantially benefit oil and gas customers using Mugharraq Port. Mugharraq Port’s enhancements, coupled with its strategic proximity to Ruwais, Hail, Ghasha, and other key upstream oil and gas projects in the region, solidify its position as an ISPS port well-equipped to meet the evolving need of international operations.