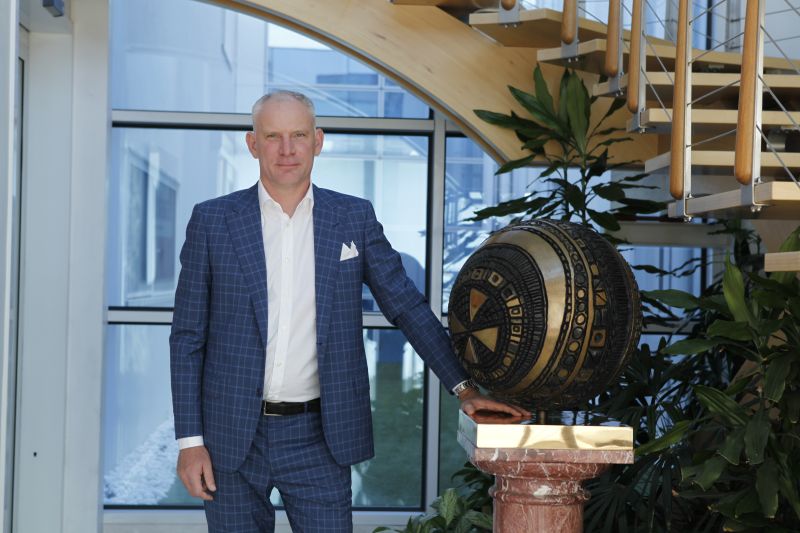 The European association for the abnormal road transport and mobile crane rental industry (ESTA) has just confirmed that Fabio Belli, CEO of Italian heavy transport and lifting company Fagioli, has been voted as the new president.

Belli was proposed for the role by the ESTA Board in February and the decision was confirmed by an unanimous vote of the association’s ruling General Assembly at its meeting in Noordwijk, the Netherlands, on March 17.

He succeeds David Collet, managing director of UK company Collett & Sons, who had served three, three-year presidential terms, the maximum allowed under the constitution. Collett will remain an ESTA Board member.

ESTA said it is delighted that such a respected and influential candidate as Belli has – with the support of his company – agreed to accept the position.

Collett’s period in office is regarded as highly successful during which time ESTA has become increasingly influential with governments, regulators and the European Commission, promoting issues such as safety and the harmonization of Europe’s rules and regulations.

Fabio Belli said: “I am really honoured to be elected the new ESTA President and I look forward to continuing the excellent work being carried out by David, the ESTA team and our members in many countries.

“Our organization has been trying to work with the European Commission, regulators and national governments to create strong systems and structures. That work is ongoing and unfinished, but I strongly believe that we are making progress and that our voice is increasingly being heard.”

He continued: ” I also believe that Europe in general can only have a future if we walk together. Recent tragic events tell us that as Europeans we are obliged to follow a common path, we do not have an alternative.

“Our shared values and the desire for a common market of standards lead to the founding of ESTA in 1976.

“We have to follow this path, even more strongly than before, bringing more European companies and people along with us, promoting cooperation, safety, sustainability and an obsession for quality.”