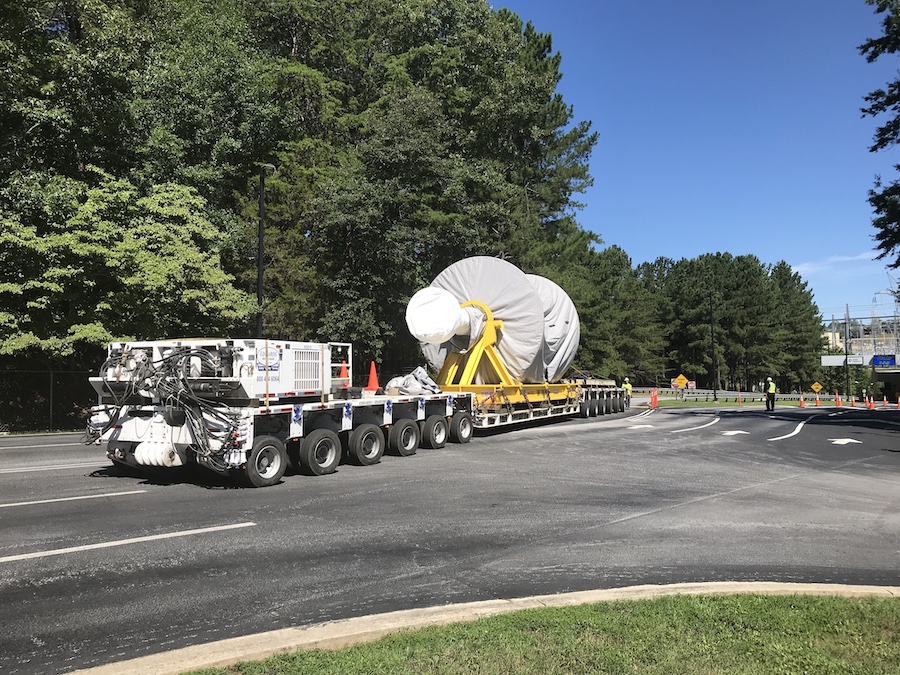 Edwards Moving & Rigging relied on two six-axle ADDrive combinations from Goldhofer to complete three moves in three days. The scope of work was the transport of three rotors weighing 308,686 pounds each from a rail siding into the turbine bay of a nuclear plant in the southeastern region of the U.S. In addition to its Goldhofer ADDrive trailers, Edwards utilized its 550-ton capacity gantry to lift each rotor from the rail car and load it onto the platform trailer. The rotors were over 15 feet tall, so the deck was engaged to minimize overhead obstructions and maximize efficiency. The loaded trailers were pulled by one of the two C500 Kenworth Prime Movers at the job, which with the ADDrive support could climb the grades encountered on the seven-mile transit. The value of the ADDrive was really shown at the plant, where the Edwards team detached the Prime Mover and used the ADDrive as a self-propelled module to reduce the turning radius and allow them to get the lengthy trailer combination into the turbine bay. Once in the turbine bay, Edwards used its jack-and-slide system to move the rotors to where the overhead crane needed to lift and install them into their final positions.