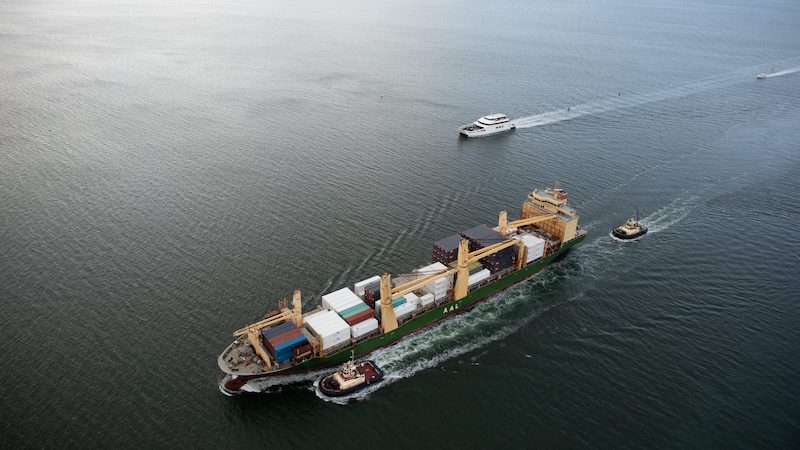 AAL Shipping is celebrating one-year anniversary of its ‘Europe – Middle East / India – Asia Monthly Liner Service’ with a long-term commitment to employing six ‘mega size’ (30,000+ DWT) heavy lift multipurpose vessels on the operation. The decision comes amid growing popularity for the service amongst large and small shippers from across Europe and the Middle East, able to parcel their project heavy lift, breakbulk, steel and general cargoes on AAL’s large tonnage vessels. Shipper demand has been amplified by the scheduled monthly frequency provided by the 12-month-old service for forward planning operations.

Eike Muentz, General Manager at AAL Europe, explained, “It would have been justified if we had simply postponed our plans at the time and waited-out the worst of the pandemic and its potential impact on cargo readiness, port delays and crew restrictions. However, we had already built momentum in the shipper market and established strong relations with important partners and base ports along the service like Antwerp, Porto Marghera, Dammam and Jebel Ali. Despite severe pressure on our operations due to international COVID-19 restrictions, we have performed every sailing as planned and scheduled from then until now.”

Kay Goldenstein, Commercial Manager at AAL Europe added, “Customers were initially cautious, having witnessed other MPP carriers on the trade lane fail to deliver on commitments. The fact that AAL had run a successful liner service between Asia and Australia for 25 years and had direct recent experience of operating numerous sailings between Europe and Asia gave us the confidence and credibility to approach shippers across Europe and the Middle East. We established a presence in key hubs across Northern, Central and Southern Europe and got the word out quickly to interested partners with cargo needs. This developed into picking up breakbulk, steel and general cargo Eastbound – anything big or small – and parcelled these up with any project cargoes headed in the same direction.”

AAL made the decision early to deploy its young 31,000 DWT A-Class fleet on the service. Their clear weather deck space of 3,000 SQM combined with adjustable tweendecks and significant under deck volume make the vessels ideal for project heavy lift, general cargo, steel and bulk commodities as well as being equipped to carry every container size from 20ft to 53ft HC. Besides their 40,000 CBM cargo intake volume, they also feature HL cranes for units of up to 700 t.