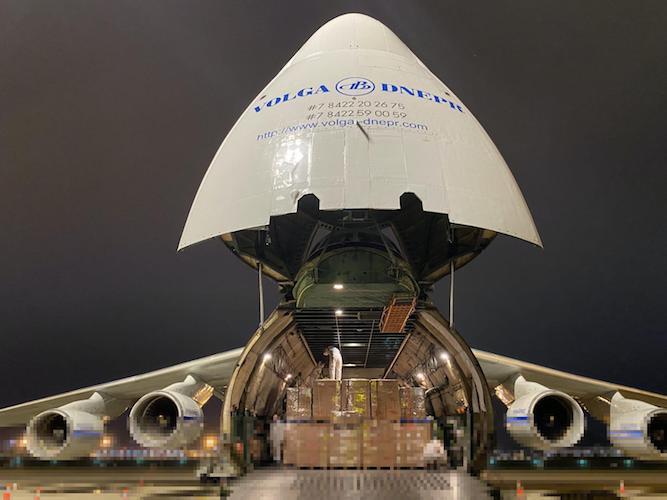 Geodis has been commissioned by the French Government to organize the emergency supply of millions of masks from China to France.

The transport specialist is planning 16 flights over the coming weeks, representing in volume terms approximately 2400 m3 of capacity weekly. If necessary, this schedule could be extended into the month of May. Geodis has chartered two Antonov 124 aircraft, a plane specially designed for the transport of cargo in large quantities. which will operate in rotation between France and China.

The French Minister of Solidarity and Health said on Sunday that this air bridge, was part of the expected delivery to France of 1 billion masks over the next 14 weeks.  The first flight from Shenzhen Airport in China containing 8.5 million masks arrived to France on Monday, March 30, via Paris-Vatry airport. A second flight is scheduled later this week carrying 13 million more masks.