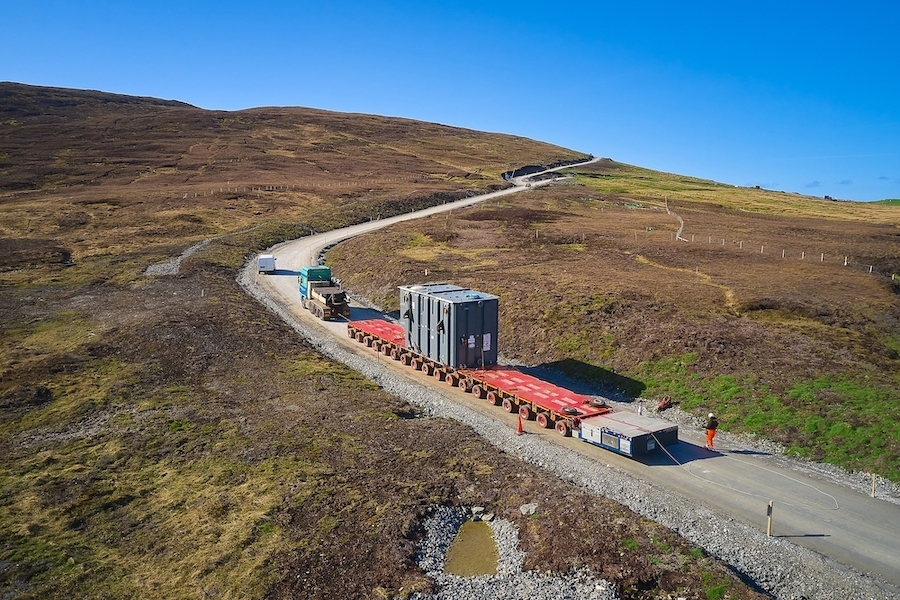 The units arrived in pairs into the port and were offloaded by a geared vessel. As one was temporarily stored, another was transported to the site. The cargo, which measured 35m long, 4m wide and 5.5m high, had to traverse multiple steep hills into the site, requiring two tractor units to pull the units up the first hill. They were then transhipped to an 18 axle SPMT, manoeuvred up the second hill and down the final steep hill into site. The transport route was then repeated for the unit left in storage, before the second pair arrived into the port and the whole operation repeated.

Once on site, they were installed using jacking and skidding techniques in multiple stages. Firstly, transformers one and two were stooled in front of plinth and rotated 90 degrees, they were then jacked and skidded into position. The operation was then replicated for transformers three and four.

For the second project, the four transformers, all weighing 94te, arrived via barge into Rotterdam, where they were transhipped via mobile crane onto Allelys 2 bed 4 trailers and ferried over in pairs to Immingham.

“With multiple units arriving from different countries in such a remote part of the UK, this was not an easy task. These multi-phase and multi-modal projects really showcased our range of equipment and techniques, incorporating the team’s dedicated project management and engineering services over several months,” said Zac Smout, Senior Project Manager at Allelys.