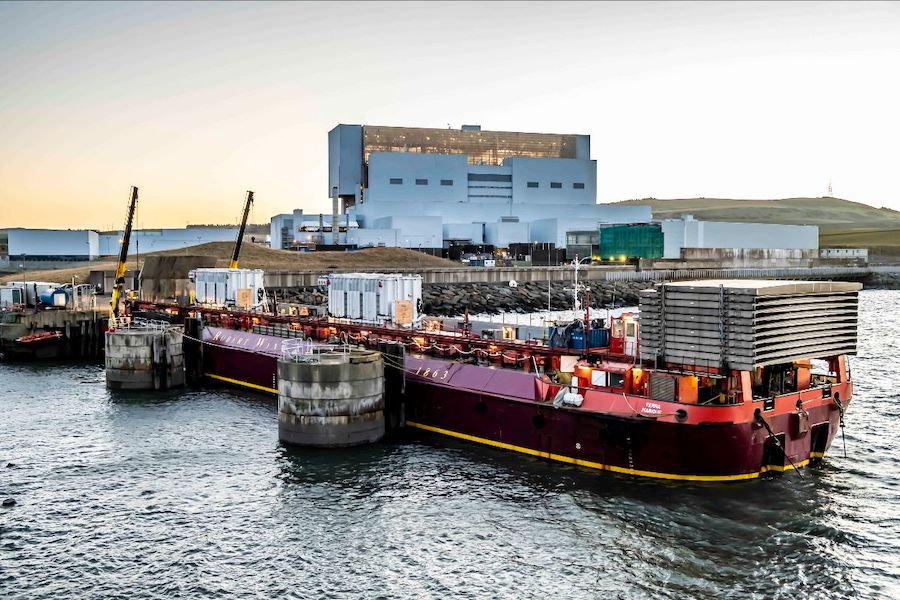 Stage one of the project involved delivering two 160 Tonne shunt reactors, providing a door-to-door service, including the project management, engineering and transport of the two cargoes.

For stage two our Projects Department chartered the Terra Marique ro/ro barge to deliver two 180 Tonne super gird transformers. Both stages of the project are now complete, with the shunt reactors and the super grid transformers both offloaded by Collett’s Heavy Lift Team and positioned using its hydraulic jacking and skidding systems.

The Neart na Gaoithe Offshore Wind Farm, jointly owned by EDF Renewables and ESB, will feature up to 64 turbines and with a planned capacity of 450MW, will be capable of powering up to 391,000 homes.