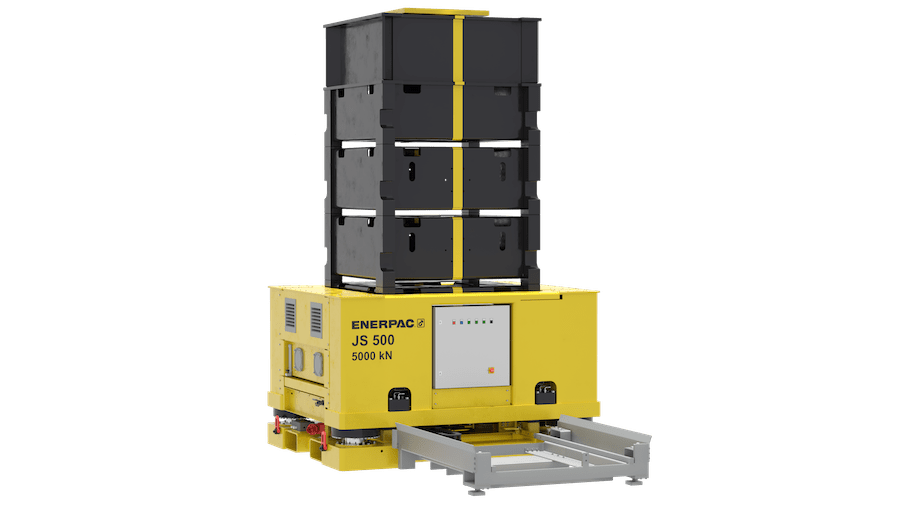 Engineered Rigging is now accepting rental reservations for its new Enerpac JS500 Jack-up System. This heavy lifting technology, with its 2,200-ton capacity, will be in high demand as states and municipalities launch new bridge projects funded by the Infrastructure Investment and Jobs Act. After the delivery of the JS500 system in May, the heavy lifting company will be the first to have this model available for rental with technical support in the United States. The JS500 can facilitate numerous civil construction applications, including bridge building and demolition, subway construction and renovations, and port construction.

“By expanding Engineered Rigging’s rental fleet with the JS500 Jack-up System, we are well positioned to meet the surge in demand for accelerated bridge construction, as well as expedite other infrastructure projects that require the lifting of extremely heavy materials and equipment,” said Eddy Kitchen, co-founder and principal at Engineered Rigging.

Key benefits of the JS500 are its synchronous lift capabilities and mechanical hold features. The typical setup includes four 550-ton capacity jack-up units, one positioned under each corner of the load. This configuration can be expanded with additional units if needed. To elevate heavy loads, such as preconstructed bridge decks and overpasses, crews follow the lift plan to arrange the JS500 bases under the load. The JS500’s self-contained hydraulics simultaneously raise the load, and once at height, the operator inserts barrels into each JS500 base and sets the load on the inserted barrel.  The hydraulics reset and repeat the process forming “lifting towers” which incrementally lift the load and mechanically lock it into place at the desired height. The JS500 achieves a lifting speed of approximately six barrels or 14 feet per hour.