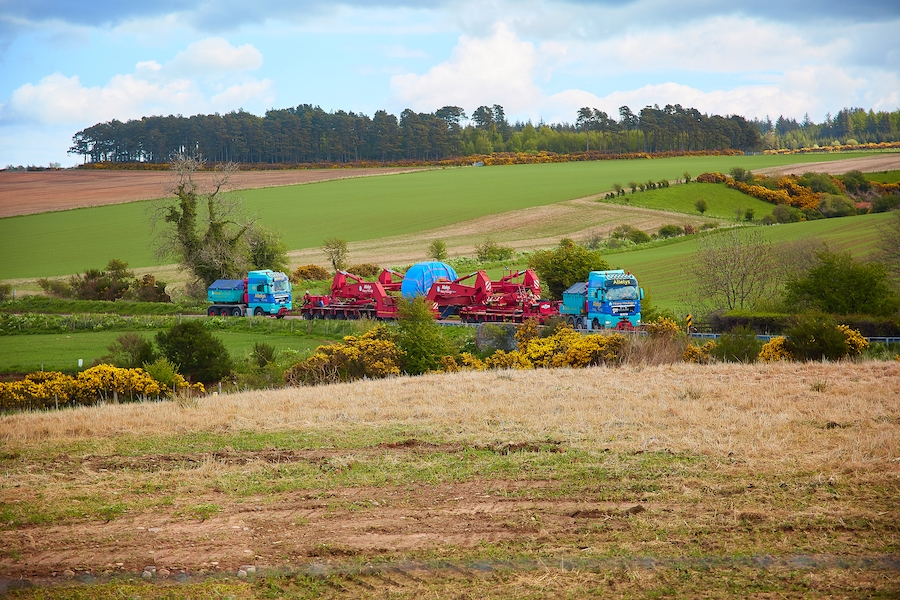 Allelys recently completed the delivery of two 199te rotors and two 62te stators for Keith Substation in Scotland. The components were delivered in two phases, two months apart with one rotor and one stator being transported and installed during each phase. All four units were transported from Rugby and transported 120 miles to Goole Port.

The 62te stators were transported using neck 7 modular trailers, whereas Allelys 200te girder frame was utilised to transport the 199te rotors. Due to the route survey identifying a weak bridge along the route, Allelys organised a motorway closure to transport the rotors contraflow to avoid the bridge. Once the transport arrived at Goole Port, Allelys’ joint venture company provided a 1,000te mobile crane to lift the units onto the vessel for onward marine transport to Buckie Port. After completing the 425 mile journey to Buckie Port, the components were lifted off the vessel using a 1,000te crane back onto the original transport arrangements and transported to site.

The final scope of work for Allelys was to complete the installation. Due to the dimensions of the unit and the position of the plinth, the engineering team designed lifting beams specifically for this project. The rotor was lifted from the transport onto a specially constructed frame to allow the stator to be rotated and inserted over the shaft of the rotor into its final position.

“This was a great project to work on and one that saw Allelys not only offering transport solutions, but also supporting the project with route surveys, bespoke fabrications, engineering and project management too,” explains Craig Mackay, Operations Manager – Projects at Allelys.

“The 15 mile journey from Buckie harbour to Keith is both scenic and challenging. Transporting a 200te girder frame along this route is testament to the collaboration between Allelys and all the many stakeholders involved in the journey.”