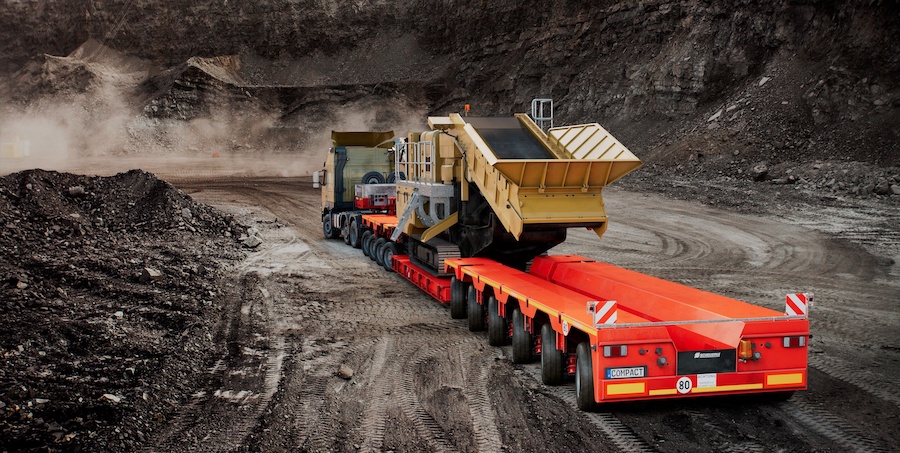 Scheuerle has expanded its EuroCompact series to include low-bed semi-trailers with larger tyres. The new 285 tyres facilitate higher axle loads such as those requested by customers in Great Britain or all Scandinavian countries. The previous axle load using 245/70 R17.5 tyres meant that the gross vehicle weight permitted in Great Britain and Scandinavia could not be fully utilised. Due to the new tyres, axle loads of up to 17.4 tonnes are now possible.

The EuroCompact with its larger tyres is also interesting for those markets where the permissible total weight is lower. The 19.5-inch and thus two- inch larger wheels result in correspondingly more ground clearance. The risk of getting stuck on road curbs, for example, has been significantly reduced.

The operating concept on the vehicle ́s gooseneck has been optimised to ensure more user-friendliness. Access to the controls has been ergonomically designed. Lifting groups, steering circuits and the cylinders of the gooseneck can now be operated much more easily. The multi-coupler is attached directly to the gooseneck and is thus easily accessible. As a result, the driver does not have to enter areas of risk in order to carry out the connections.

Another innovation in the broad EuroCompact series is the radio remote control which is already used with the EuroCompact FL02 and FL03. This means that the semi-trailer can be conveniently lifted, lowered and steered from the driver’s cab at the push of a button. Scheuerle also offers a continuously variable fifth-wheel load adjustment as standard. The EuroCompact is therefore the ideal vehicle for heavy haulage companies as well as construction, demolition and recycling businesses that transport construction machinery, wind power elements or components for industrial and energy systems.