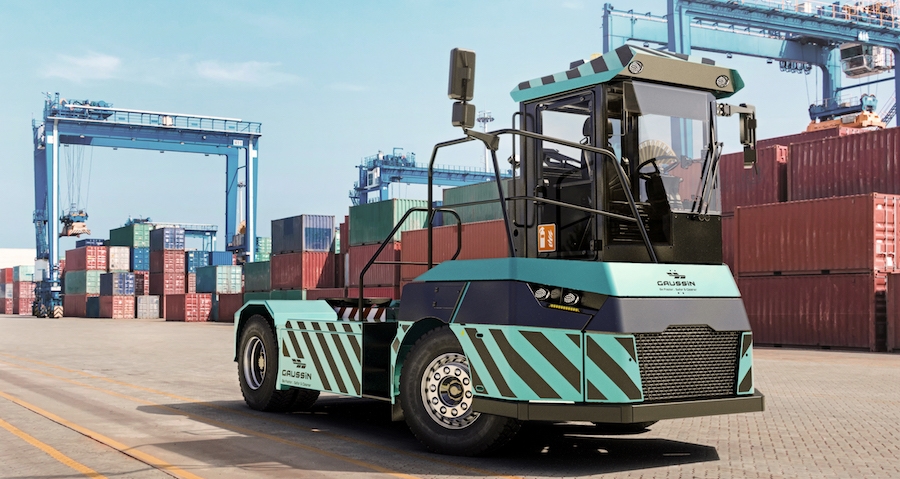 Bolloré Ports has ordered two new Gaussin electric terminal tractors and a multi-charge station to equip Freetown Terminal in Sierra Leone. This is the third time Bolloré Ports has placed an order.

The APM75T HE tractor is the result of creating a synergy between Gaussin’s expertise in the production of handling vehicles, Blue Solutions, a subsidiary of the Bolloré Group, in the production of electric batteries, and Bolloré Ports in port logistics. This 100% electric model will enable significant energy savings and will contribute to 100% carbon-free port logistics.

The acquisition of this new equipment is fully in line with the Green Terminal labelling process launched by Bolloré Ports in June 2021 with the aim of gradually decarbonising the transportation of containers and vehicles driving in its port terminals. This approach covers all environmental concerns and is based on a comprehensive methodology built on eight fundamental pillars. The entire process – from defining the project to auditing – has been validated by Bureau Veritas, one of the world’s leading companies in testing, inspection and certification.

“The implementation of the Green Terminal labelling process is continuing in the network operated by Bolloré Ports. This new acquisition to equip Freetown Terminal will allow us to significantly reduce our greenhouse gas emissions and improve our productivity thanks to the technology developed in synergy with Blue Solutions and Gaussin,” said Olivier de Noray, Managing Director of Bolloré Ports and Terminals.

“The Freetown container terminal has recently undergone major expansion works and has also invested in new state-of-the-art equipment to accommodate large capacity vessels. We are continuing to invest in ways to integrate environmental issues into our development strategy and thus contribute to reducing the impact of our activities on the environment,” said Bertrand Kerguelen, Managing Director of Freetown Terminal.