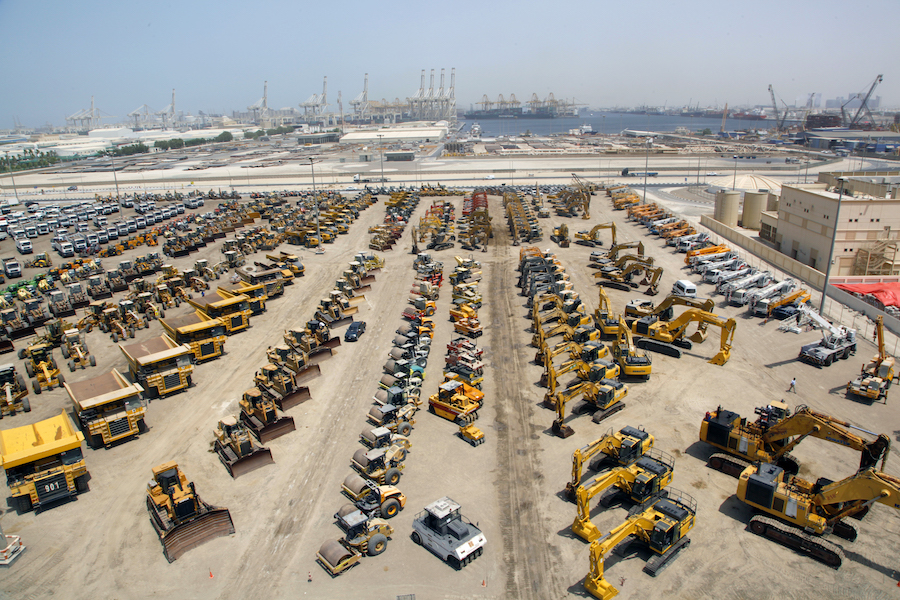 According to one of the world’s biggest machinery and heavy equipment auctioneers, Ritchie Bros, India is emerging as an important buyer market for used Middle Eastern mobile cranes and heavy lifting equipment.

In 2020, Ritchie Bros. Middle East experienced a gradual increase in demand from Indian buyers at its Online Timed Auctions, with sales of some mobile crane categories increasing by three times compared to the same period the previous year. According to Ritchie Bros. auction results since COVID-19 lockdowns started in March 2020, many civil and infrastructure construction projects in the Middle East continued unaffected due to long project life cycles and resultingly did not have an immediate impact on the heavy lifting industry.

However, as this sector is heavily dependent on the oil, gas and energy segments, a prolonged period of low global oil prices has resulted in decreasing regional demand for new and used mobile cranes. An exception has been crane purchases by Indian organisations from online auctions, which are currently proving to be more effective at accessing new international buyer markets for surplus Middle Eastern mobile cranes and heavy lifting equipment.

Piet Kraaijeveld, strategic account manager, heavy lift & crane sector at Ritchie Bros commented, “Since the crane industry is heavily dependent on the oil and gas and energy sectors, it is understandable after the 2014 drop in global oil prices that many crane companies changed their asset and fleet management strategies to remain viable. Traditionally the oil and gas producing nations had the densest crane population in the world. We are now seeing this shift to non-oil producing nations such as India and some parts of Africa. If cranes are under-utilised, they will no longer be profitable. As a result, over recent years, more used cranes have become available on the market as companies divested assets to re-adjust their balance sheets, mainly due to the lack of new project work.”

At Ritchie Bros.’ most recent December online auction in Dubai, over 1,200 online bidders registered from 83 countries and more than 40 per cent gross auction proceeds came from buyers outside the UAE, including India, Egypt, Ghana, Nigeria and South Africa.