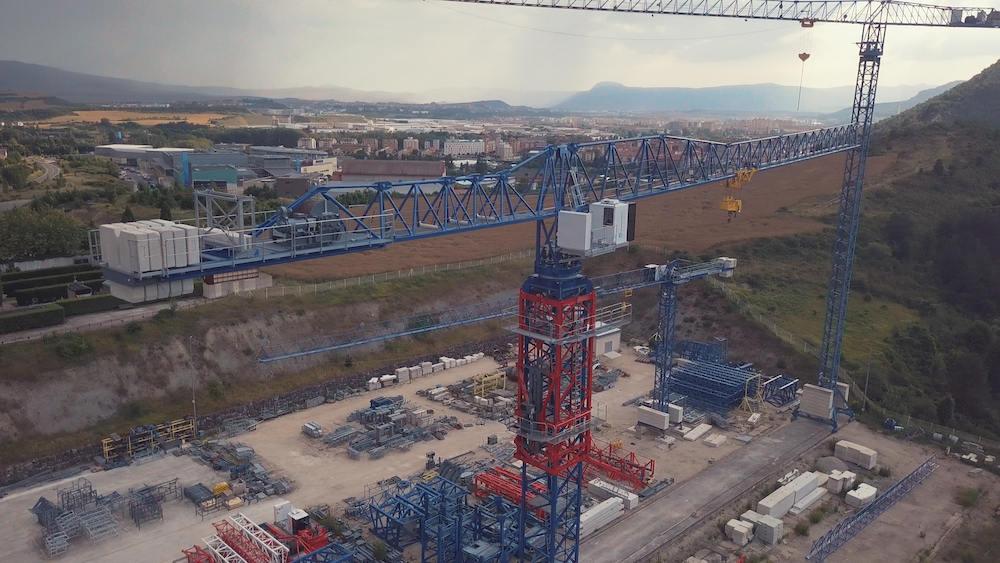 Comansa announces the launch of two new models to its 21LC series, as an evolution of the 21LC550 model, with two options:  20 and 25 tonne maximum load, which can be assembled with ranges of between 30 and 80 metres with configurations every 5 metres, allowing a maximum point load of up to 4.95 tonne. Both models incorporate an optional boom configuration that allows the total range to be extended to 85 metres at the tip. Compared with the 21LC550 model, load capacities are on average 16% higher for the 21LC600 and 23% higher for the 21LC650.

The first of the new features in these models is that they have a shorter, modular counter-jib, ranging from 24.4 to 16.4 metres and having up to 5 possible configurations. This concept has a precedent in models 21LC750 / 21LC1050 / 21LC1400 and offers greater adaptation to the work configuration in reduced spaces.

Another advantage of these models is the improved access to the turntable and the rotating part: the cathead has been redesigned to facilitate the passage of lifting cables, including a welded ladder that allows access to the highest part without the need for the cab platform. Access to the cab platform is now direct via the turntable thanks to the folding ladder, preventing falls while working on the upper level and also being easier to transport.

As a standard feature, both crane models offer the double trolley system with automatic changeover (called DT in the data sheets), and incorporate, as a novelty, the optional availability of single trolley (ST) which simplifies maintenance work while increasing load capacity in short boom lengths.

The height, which is self-supporting with a built-in base, can reach up to 85.8 metres. Also, the tower sections are 2.5 square metres for both models.

In addition Comansa also launches a new climbing cage, a J3A-11, which follows the concept of the J3-20, with greater length and distance between rollers, a saving in scale recovery time, thanks to the auxiliary hoist included, which can also be transported in standard containers or trucks.

With regard to the lift engines, the standard for the 20-tonne versions is 50 kW, while for the 25-tonne version it is 65 kW.  The 110-kW engine is optional for both versions, with a speed of up to 290 m/min and maximum capacities of 1,570 metres of cable.  The Effi-Plus technology, fitted as standard, significantly increases lifting and lowering speeds for light loads, shortening working cycles without increasing power or consumption.

According to the Comansa, the modularity, an inherent quality of the cranes, allows certain boom sections to be interchangeable within the 21LC-crane series, which enables rental companies to reduce their stock, optimising their investments, as they can order these new cranes with a shorter boom length if they have previous cranes of the same series in stock.

Both models come as standard with the CUBE cab in its L version, with the XL available as an option, providing operators with total visibility of the load and workspace, so they can carry out operations more easily, thanks to the digital control technology incorporated.

The 21LC600 and 21LC650 Flat-Top tower cranes can be used for the construction of residential and commercial buildings, as well as power plants, mining, bridges and other high-commitment infrastructure.