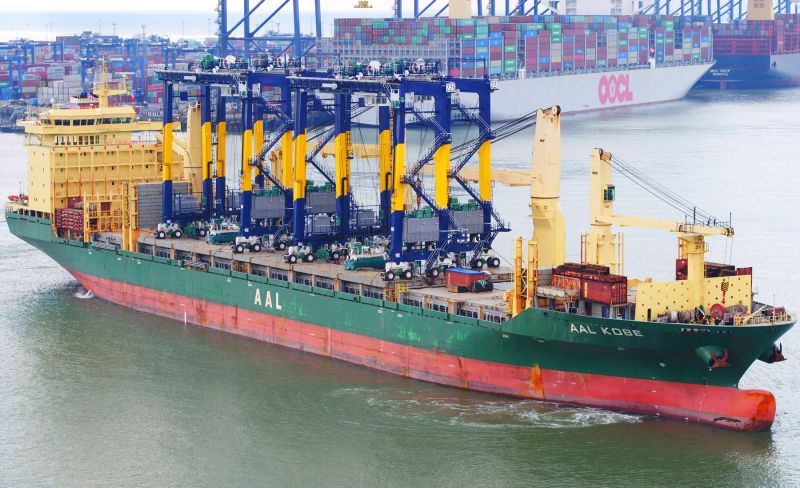 AAL has recently delivered a cargo of four rubber-tired gantry cranes (RTGs) to the Port of Felixstowe as a part of a development project. The ZPMC Chinese-made RTGs, measuring 32 m x 14 m x 30 m and weighing just under 200 t, were loaded in Shanghai and shipped to Felixstowe aboard the 31,000-DWT AAL Kobe vessel.

The new remote controlled RTGs will serve Berths 8 and 9 at the Port and are capable of stacking containers six-high to enable more efficient use of the new yard. All four units were discharged using Kobe’s own heavy lift cranes with 700 t maximum lifting capacity.

Christophe Grammare, AAL commented: “We are delighted to be back in the UK and calling for the first time in Felixstowe with such an impressive project cargo. Although the UK is a significant container shipping market – Felixstowe being the 6th busiest container port in Europe with about 26 million tons of cargo each year – it is not immediately associated with project heavy lift cargo. The RTGs were shipped there on-deck of the AAL Kobe which, with a highly flexible cargo capacity of almost 40.000 cbm, was also carrying additional project cargo under-deck that was discharged a few days later in Ireland.”