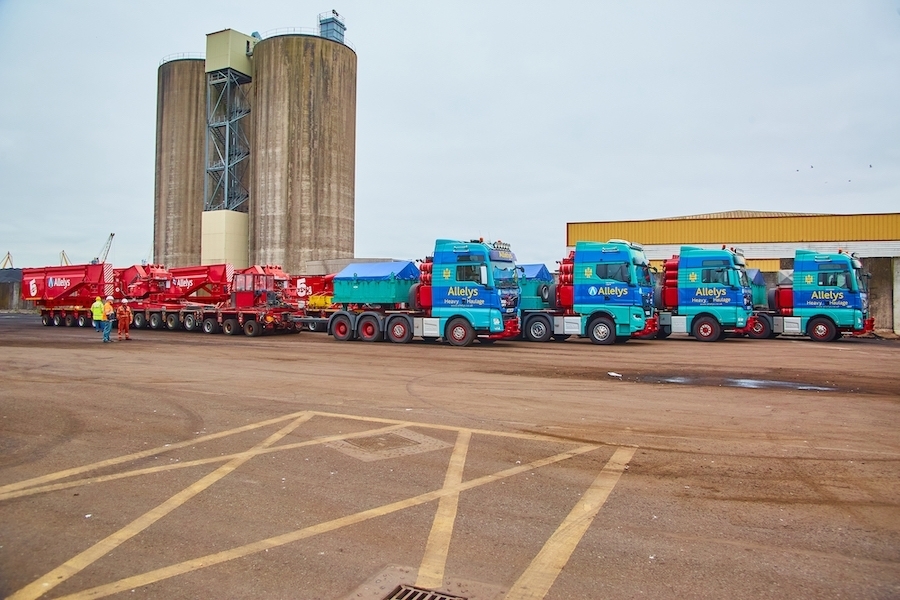 Allelys has transported four units from Belfast Harbour to Kilroot Power Station breaking the existing record for the heaviest loads to be transported on Northern Ireland’s road network.

The four units comprised of two turbines weighing 317te each and two generators weighing 370te each. The generators arrived into Belfast from the USA, whilst the turbines arrived from Europe. All four were offloaded via geared vessel onto Allelys trailers positioned in the harbour, transported to a temporary storage area and stooled off.

Once at site, the generator was transhipped back onto SPMT, transported to the turbine hall, lifted with a four-point lift system, lowered onto foundation. The same process was then repeated with the turbine. The team then travelled back to Belfast to load the remaining two units and repeat the transportation and installation phases.

“Not only was this the second double girder frame convoy of the year, it was also a record- breaking project due to the weight of the cargo. It was great to see the interest from the public and local media that came out to witness the move throughout the night,” commented Richard Beardmore, Senior Commercial Manager at Allelys.