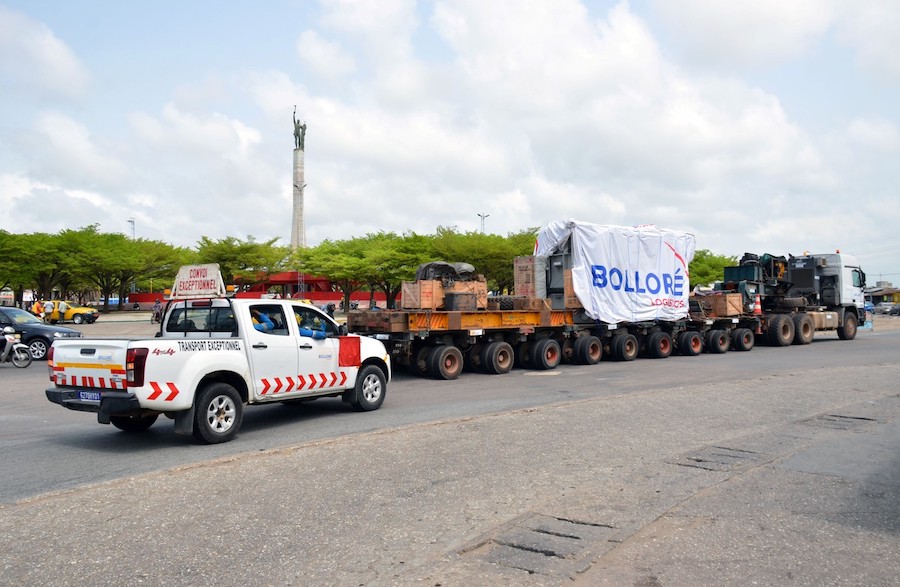 Bolloré Transport & Logistics Benin teams transported six electrical transformers weighing a total of 464 tonnes to equip numerous thermal power stations in Benin. This operation was carried out on behalf of GE/GRID Solution, a local subsidiary of General Electric, under the Compact II programme represented by the Millennium Challenge Account (MCA).

Shipped by container from Turkey, the equipment was received at the Port of Cotonou before being transported by road over a cumulative distance of 887 km. Of the six transformers, two were sent to the Vèdoko site and two others to the Maria-Gléta site, while the last two models were each delivered to the sites of Bérécingou, 700 km away, and Bohicon in the Zou department, 135 km from the capital.

“This operation of transporting a batch of six transformers was carried out successfully and involved the know-how of all our experts at every stage right up to the final delivery. It reflects our ability to implement appropriate solutions and means based on our long-standing experience in responding effectively to complex logistical challenges in various growth sectors such as energy”, said Pierre Ngon, General Manager of the Benin-Niger Cluster of Bolloré Transport & Logistics.

Bolloré Transport & Logistics was selected following a tender call to transport six of the 18 transformers planned as part of the Compact II programme, which is mainly dedicated to energy. It is represented by the Millennium Challenge Account (MCA), a fund designed to accelerate Benin’s growth in order to reduce poverty.