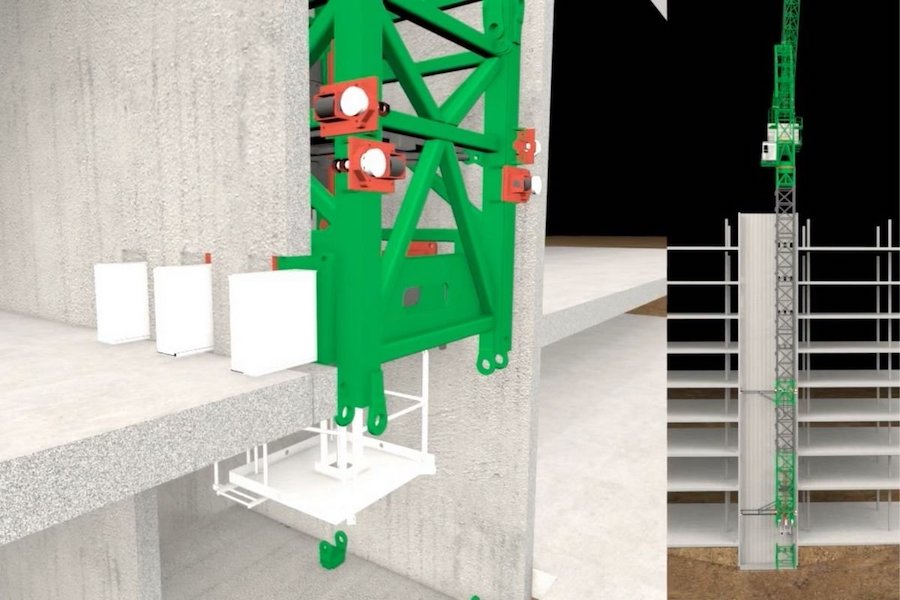 As urbanisation in cities is accelerating, the necessity of building supertall structures continues and sometimes it is the only solution due to the limited land available. To meet the challenges posed by this situation, Jaso together with its Australian distributor, Titan Cranes, developed a climbing system that allows a rapid ascent with better safety guarantees. The Lift Shaft system, also known as a three-beam climbing system, is a major boost for the construction of large skyscrapers in cities where development is becoming increasingly vertical.

In the Lift Shaft system, the crane is placed within the concrete core of the building and climbs using a three beam climbing system. There is no need to move the collars between different levels, and the hydraulic system has been designed with safety and serviceability in mind. An example of an application of the Lift Shaft system is the International Towers Sydney project, three commercial skyscrapers located in Barangaroo, Australia. In this case, LendLease contracted Titan to provide the entire lifting scheme for them. In order to erect the three towers, which range in height from 168 to 217 meters, multiple cranes were deployed —up to twelve simultaneously.

Titan used a guiding system based on adjustable rollers located in the shaft corners of the elevator accompanied by attachment chocks to transfer the loads from the crane to the building under service conditions. The aim: to adsorb core construction deviations during internal climbing. The Lift Shaft solution will contribute to the unstoppable upward expansion of cities, allowing previously unimagined heights to be reached, and overcoming obstacles.