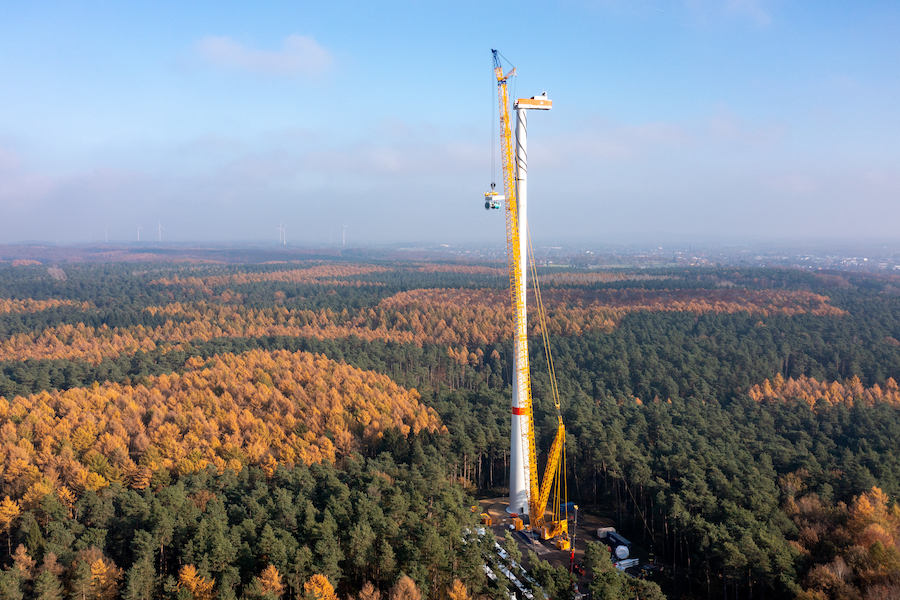 Spanish crane and heavy lift company Eurogrúas 2000 has added a new Liebherr LR 1700-1.0 crawler crane to its fleet. The new 700-tonne crane replaces a 600-tonne crawler crane that the Spanish company mainly used in the wind power sector. Javier Sato, partner of Eurogrúas 2000, says: “The LR 1700-1.0 is the ideal addition to our machine fleet. We have smaller narrow track cranes that are very well suited for certain types of wind power projects. As a larger model, we operate the Liebherr LR 1800-1.0 crawler crane. We needed a crane to fill the gap between 600- and 800-tonne cranes.”

The Liebherr LR 1700-1.0 from Eurogrúas 2000, the first in Spain of this new model, went directly from the mobile crane factory in Ehingen to different wind farms spread across Germany, the first of which was located near Düsseldorf. There, the crane was responsible for the assembly of 20 wind turbines with a hub height of 161 metres and unit weights of up to 86 tonnes.

The successor model to the LR 1600/2 is based on its 600- tonne predecessor and has similar dimensions. The key to the higher performance of the new 700-tonne crane is the new base machine, which offers 10 to 15 percent more lifting capacity. In addition, the 3.5- metre wide H-lattice sections in the lower section of the main boom significantly improve the lateral stability of the entire system.

Eurogrúas Group was founded in 1997 and today has a fleet of 130 cranes, of which 113 units are from Liebherr.