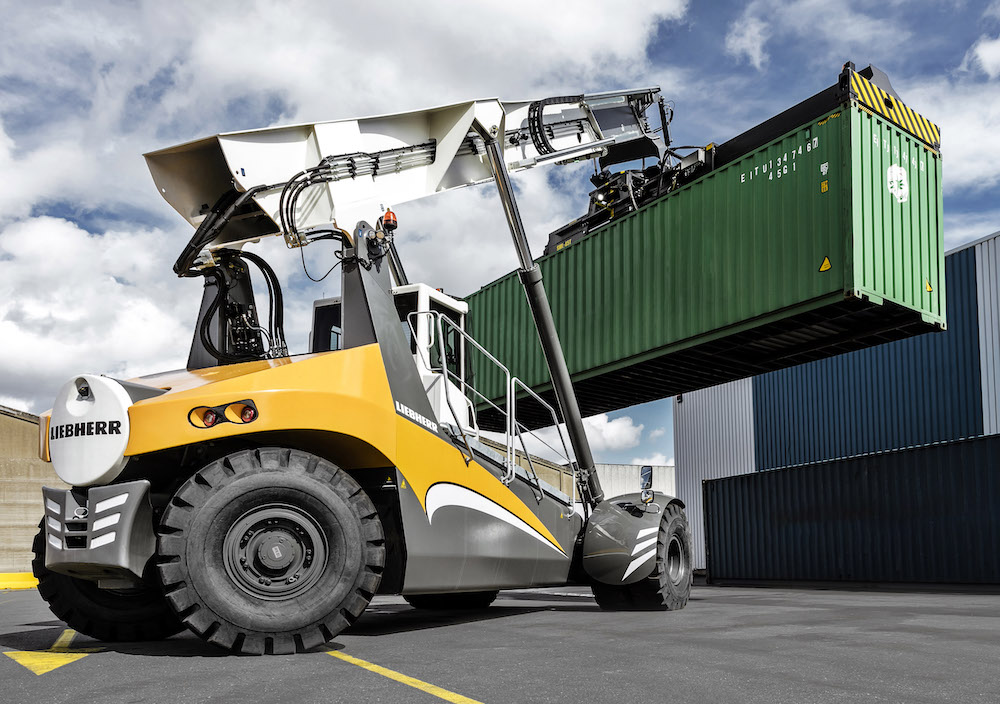 It is well known that that overheating of the tyre is one of the main reasons for premature tyre wear. Customers who operate their reachstacker for more than eight hours at a time generally experience high tyre wear, regardless of which reachstacker manufacturer or tyre brand is used. The tyres tend to get very hot the longer they are used at a stretch. To prevent overheating, some customers generally reduce the speed of the reachstacker, which leads to a loss of performance and therefore efficiency.

The newly developed Liebherr Smart Tyre Saving System estimates the temperature increase of the tyre based on the axle load and the speed of the reachstacker and only reduces the speed if it is necessary. This allows the reachstacker to run at full speed until the tyres threaten to become hot. As soon as the point of increased overheating is reached, the machine is briefly throttled back systemically until the tyres have reached a temperature again that does not cause increased wear. The rider can then continue to ride at full speed.

In several field tests, the correlation between the so-called TpKh value, which stands for tonnes times kilometres per hour, and the tyre temperature could be determined. The TpKh value relates the tyre load to the actual speed of the reachstacker and thus shows the development of the thermal tyre load. Tracking this value during operation enables a sensible reduction in speed to cool down the tyres before they reach a critical temperature. A major advantage: no additional temperature sensors are required for monitoring.