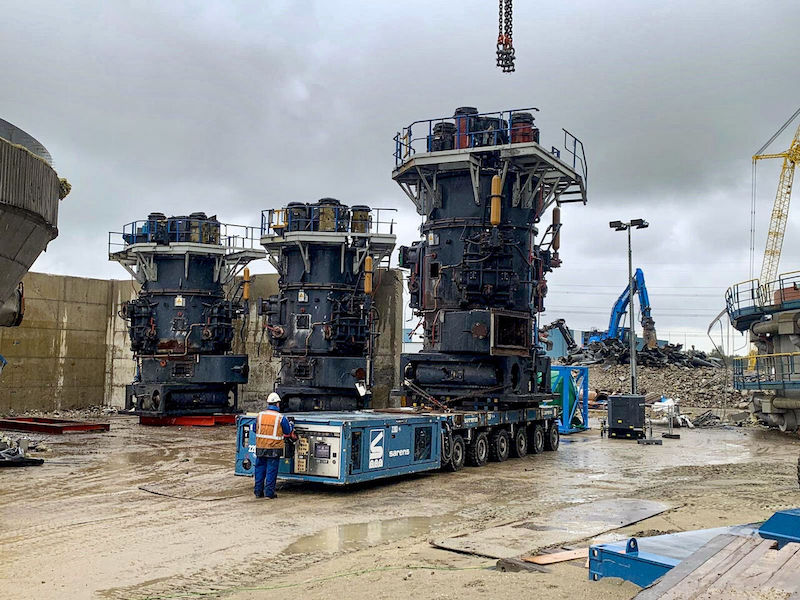 Sarens was commissioned to remove five coal grinder pipes at the EPZ coal-fired power station in Borssele, the Netherlands for its client Meuva. The five grinders had to be jacked-up from their foundation, driven out, unloaded, and finally scrapped and recycled. Each grinder had a diameter of 3.5m, length of 7m, and weighed approximately 110T. The grinders were jacked-up 700 bar hydraulic jacks to make space for our SPMT’s which then drove the grinders out of the old coal-fired power plant. Once they were moved out, our PC3800 (650T crane) unloaded them for recycling. According Sarens’ Sales Account Manager, Michiel De Bodt: ”This job was relatively small but had a diverse application of our equipment in a limited space”.