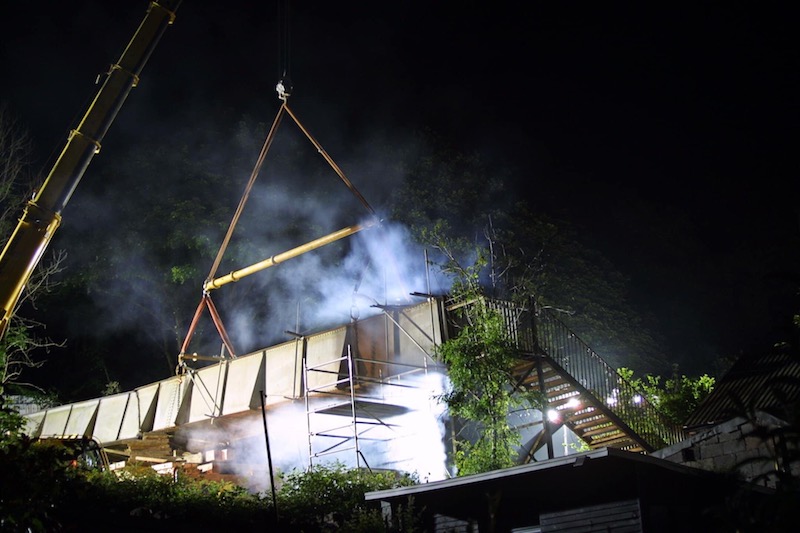 Rope and Sling Specialists Ltd. (RSS) supplied rigging gear to Quattro Plant Ltd. as an adapted rail crane lifted a 20t railway bridge that was knocked off its foundations by a heavy goods vehicle in South Wales recently. Quattro is a specialist provider of hire solutions to the railway sector and in this instance it utilised its 55t capacity Demag AC55 Rail (City) Crane to complete urgent removal of the 24m-long footbridge that had fallen.

Gary Worsley, site manager / appointed person at Quattro, said: “The bridge was cut into sections prior to removal because of the way it had fallen, and each load was cradled as we lifted the pieces. We lowered them onto a road rail vehicle and trailers for transportation by rail to a site compound, where they were to be off-loaded and cut up into smaller pieces as scrap. The rig was the most efficient given the loads, based on structural reports issued by our client; centre of gravity wasn’t a complication in this case.”