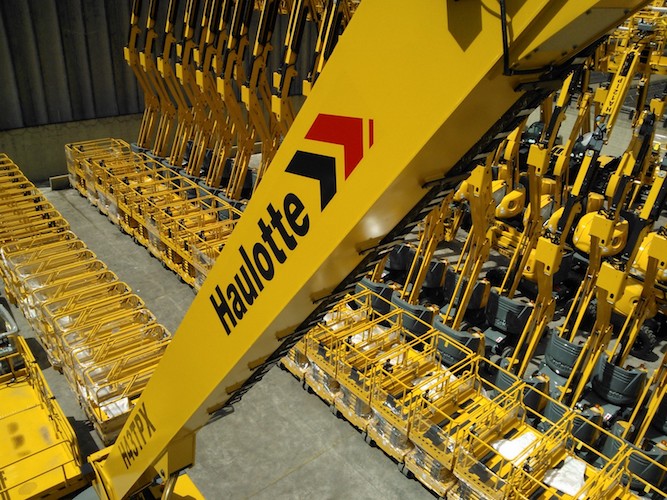 Haulotte recorded revenues of €132.9 million in the first quarter of 2020, compared to €163.2 million in the same period last year, which had been a record first quarter in the Group’s history, representing a -19% drop between the two periods, and marking a return to the 2018 level.

In a European market that confirms its slowdown observed in the second half of 2019 and was further impacted by the COVID-19 crisis from beginning of March, Haulotte’s cumulative sales were down -23% between the two periods, negatively impacted by Southern Europe, the zone most affected by the pandemic.

In Asia-Pacific, where all markets are in sharp decline, the Group reported a -13% drop in sales for the quarter compared to the same period in 2019.

In North America, the Group experienced a limited decline in sales of -2% in the first quarter of 2020 compared to the same period of the previous year, with aerial work platforms activity even showing growth of +10%, in a market that is nonetheless in decline.

In Latin America, the vast majority of markets continue to decline, with the exception of Brazil, which is still on the rise. In this context, sales in this area decreased by -25% compared to the same period last year.