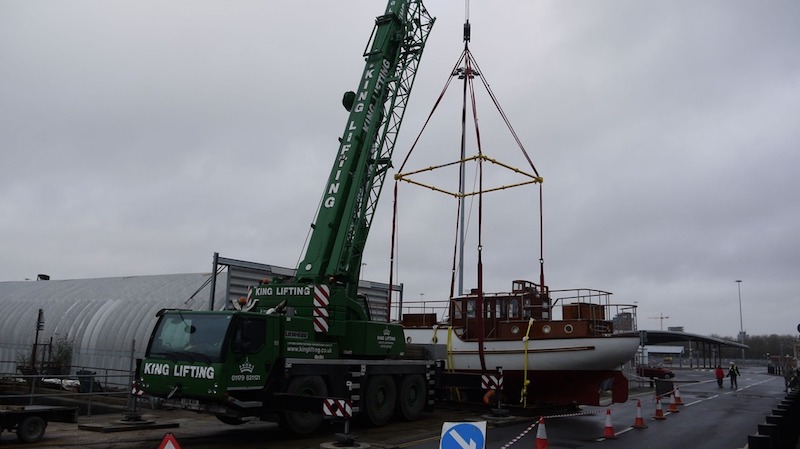 Built for the Royal Navy in the historic Portsmouth Dockyard over 100 years ago in 1915, Dorian, one of Dunkirk’s little ships, has been in restoration in Southampton since 2011. Once the work was complete, the ship weighing 9.7 tonnes was lifted back into the sea by King Liftings Liebherr LTM1060-3.1 60 tonne crane using a Modulift CMOD 12 with slings all supplied by SafetyLiftinGear.

“It was great to work on a project that had played such an important part of history. Although the windy weather threw in extra challenges, the steadiness of the CMOD12 meant that the lift was still able to go ahead as planned,” said about the operation Karl Chapple, Depot Manager from SafetyLiftinGear.