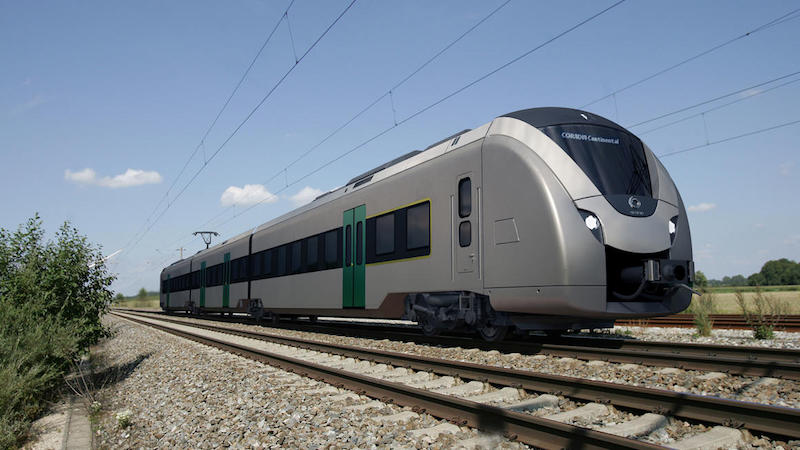 Alstom wins €100 million contract for manufacturing, delivering and maintaining until 2032 eleven Coradia Continental battery-electric trains in Germany. In 2014, Alstom already delivered 29 Coradia electric regional trains (EMU) but in order to bridge the 80 kilometres of non-electrified line between the cities of Chemnitz and Leipzig, the authority this time requested a battery-electric version (BEMU). The new trains will be built at Alstom’s German site of Salzgitter, in Lower Saxony and will enter service in 2023. The battery traction sub-system is designed and supplied by Alstom’s traction centre of excellence in Tarbes, France.

The Coradia Continental BEMU has a range of up to 120 kilometres and can be operated under catenary as well as on non-electrified sections. The three-car-trains will be 56 metres long and equipped with 150 seats. The capacity of the batteries (high-power lithium-ion) is calculated to ensure catenary-free operation of the line Chemnitz-Leipzig.