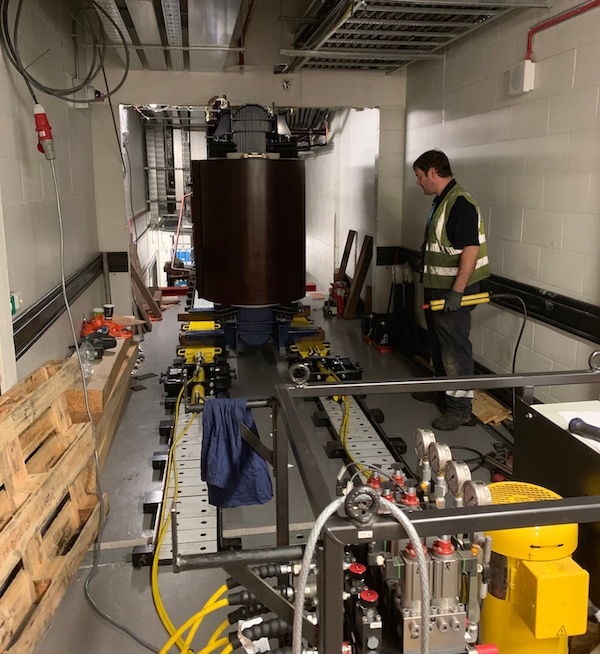 To move four 16-ton transformers in and out of the building at a City of London firm, the Lancashire-based industry moves and heavy machine lifting company, D. Turner & Son, has relied on a combination of an Enerpac LH400 skidding system and Enerpac climbing jacks.

Two transformers had to be replaced in the building’s basement. Access was through a service corridor and involved negotiating a 3m drop to reach the transformers’ location. Turners used a platform supported on spreader beams and Enerpac climbing jacks and cribbing to raise and lower the transformers. Moving the 4m long, 2.2m high and 1.8m wide transformers between the platform and along the 20m access corridor was facilitated with the Enerpac LH400 system, providing a method of skidding the transformers in the space available.

“The LH400 skidding system was ideal for this application. It was easily transported to site and laid out in the access corridor. We used an Enerpac split flow pump to control the skidding operation,” says Lee Turner, director, D. Turner & Son.