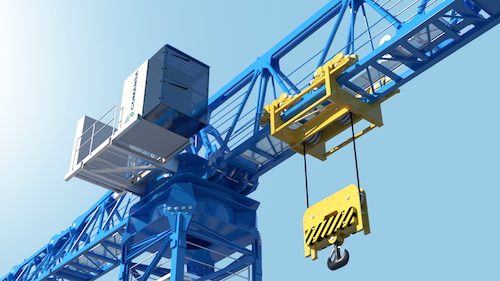 During the Bauma trade show, the Spanish manufacturer of tower cranes Comansa announced the arrival of a new model in its flat-top range. This crane, named 21LC1400 will be available worldwide from September 2019 in two versions, with maximum load capacity of 50 or 66 t. Like the other recent models of the brand, the 21LC1400 will feature a modular design of the counterjib to significantly reduce the counter-radius in constrained jobsites. A new single and compact trolley has also been designed and will replace the former Comansa double trolley system. The main expected application of the new cranes is to work in PPVC and infrastructure projects and on the sites where is necessary to lift very heavy loads.