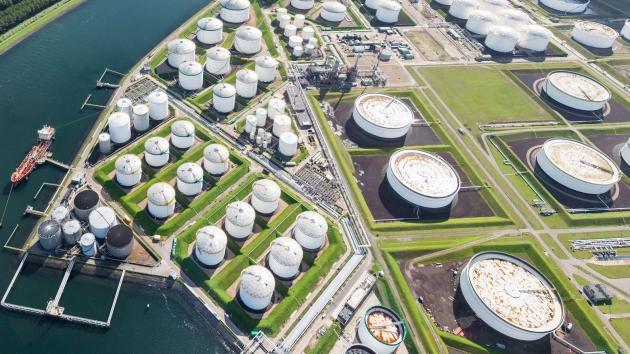 Vopak, a tank storage company, and Hydrogenious, a German hydrogen company, are partnering to create a joint venture called LOHC Logistix. The venture will focus on storing, transporting, and supplying hydrogen using a carrier called benzyltoluene. The companies plan to build a plant in Rotterdam that can initially produce 1.5 tonnes of hydrogen per day through this method.

A final decision on investment has not been reached yet and will depend on successful completion of the licensing process among other requirements. Both parent companies have committed financially to the project. Vopak announced in June 2022 that it would be investing €1 billion in new energy and sustainable commodities until 2030.

The goal is to enhance hydrogen logistics by utilizing LOHC technology created by Hydrogenious. LOHCs make it possible to transport and store hydrogen by attaching it to a chemical compound such as paste or oil, allowing hydrogen to be stored at lower temperatures as compared to transporting it without a carrier. Without a carrier, hydrogen would require temperatures of -253°C for transportation, while LNG (liquefied natural gas) requires -160°C. Furthermore, using LOHC eliminates the need for tanks that can withstand high pressures, making it more efficient.