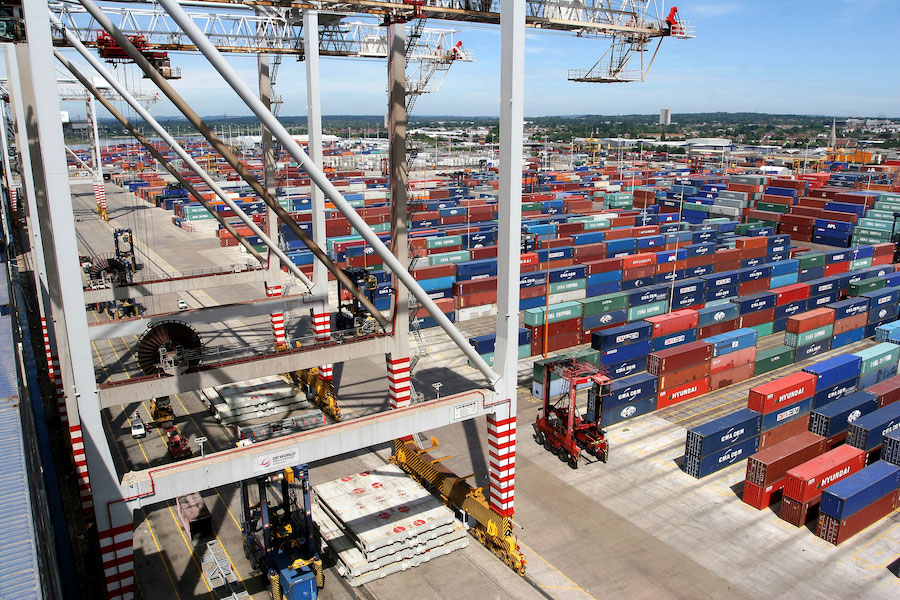 DP World has announced 55% reduction in net carbon emissions from fleet and installations at its Southampton container terminal. The news represents a major step forward for DP World’s ambitious plans to reduce emissions after Southampton became the first port in the UK to eliminate fossil diesel from its operations entirely and transition to Hydrotreated Vegetable Oil (HVO) last April.

HVO is a renewable biodiesel derived from sustainable sources which, as well as lowering carbon dioxide emissions, reduces levels of nitrogen oxide, particulate matter and carbon monoxide. DP World estimates the switch from diesel to HVO at the port saves around 14,000 tons of carbon dioxide annually – the equivalent of taking more than 8,000 family cars off the roads.

Steve McCrindle, DP World’s Port Operations Director at Southampton, said: “We are delighted by the progress we have made on our green journey since moving to sustainable HVO last April. The transition away from fossil diesel means that the overwhelming majority of the fuel used at Southampton now comes from a green and renewable source.”

“We will use HVO for the entirety of 2023 and therefore expect a further 35% net reduction in carbon emissions from our fleet and installations by the end of the year, making for a 90% reduction compared with 2021. This sector-leading performance shows our commitment to playing our part in helping the UK meet its Net Zero 2050 policy,” McCrindle added.

DP World operates ports, terminals and logistics businesses on six continents. At London Gateway the new £350 million fourth berth, which will lift capacity by a third when it opens in 2024, will be all-electric and the UK’s first all-electric terminal tractor is now in service. The company has also earmarked a further £1 billion for investment in the UK over the next 10 years, including in rail.

DP World announced plans in November to invest up to $500 million to cut carbon emissions from its operations by nearly 700,000 tonnes over the next five years. The reduction represents a 20% cut from 2021 levels, through electrifying assets, investing in renewable power and exploring alternative fuels. In the longer term, DP World aims to be a carbon neutral business by 2040 and has a clear roadmap to achieve net zero carbon emissions by 2050 across its entire global network.