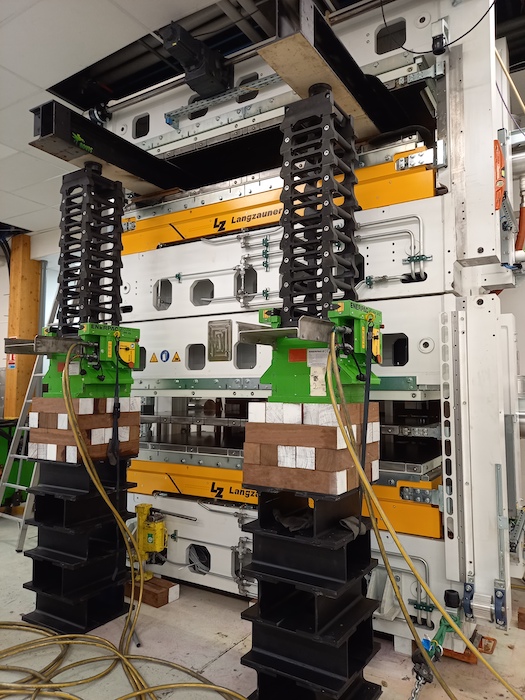 French equipment installer, Bovis Group, has used Enerpac cube jacks to install two 16-tonne presses one on top of the other. By combining Enerpac SCJ-50 cube jacks with load-holding, wooden cribbing and jacking blocks, the presses were lifted and accurately positioned within the space available.

Bovis Centre in Poitiers and Trinstal Equipements in Angers have collaborated on this high-precision, handling project for a manufacturer of high-tech electronics and advanced materials. The technical challenge was the space constraint. Using 3D modelling software, a lifting scenario was developed based on progressive jacking of the upper press to within 30mm of the factory ceiling. From this position it could be lowered onto the second press to complete the presses assembly.

For the vertical lift of the upper press, the Bovis team used four Enerpac SCJ-50 cube jacks connected to a split flow pump, providing synchronised movement of all four jacks. After the initial lift, the press was supported by wooden cribbing while the cube jacks were positioned on jacking blocks and the lift repeated. Once the upper press was at the correct height, Bovis used a 30t hydraulic mouver to move the lower press into position beneath the upper press.