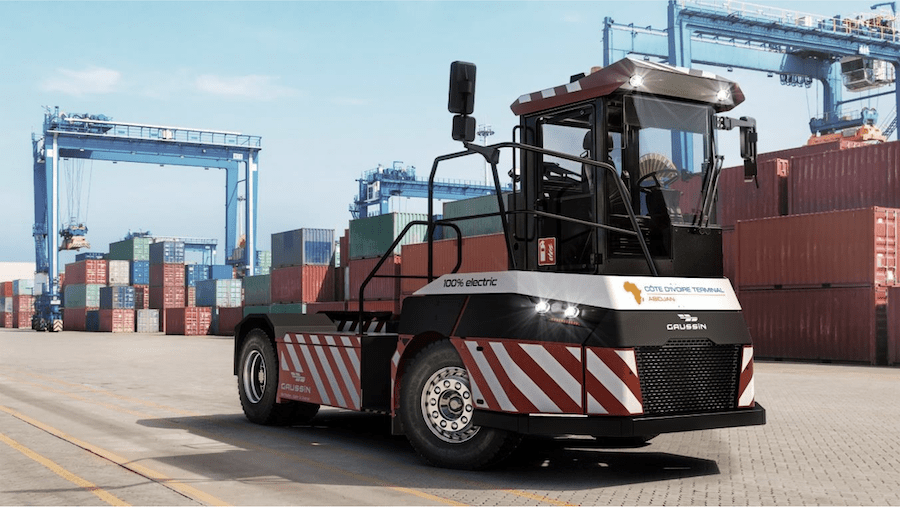 Gaussin has started delivering on the order of 36 APM 75T HE electric tractors, 24 powerpacks LMP and 6 charging stations to equip Côte d’Ivoire Terminal, the second container terminal in the port of Abidjan. Gaussin is delivering 14 APMs and 2 charging stations this week, for delivery to the terminal at the end of April. This order is the largest since the launch of the APM 75T HE, a 100% electric tractor designed to transport containers in ports. It represents a turnover of €9.9 million and is due for delivery in full in the first half of 2022.

Gaussin had announced in March 2019 the signature of a Framework Agreement with preferential rights valid until December 31, 2025 with Unicaf, Bolloré Group’s central purchasing unit, for the APM 75T “HE” Hot Environment, 100% electric, equipped with the powerpack LMP from Blue Solutions. The agreement has resulted in 3 orders for the Ports of Abidjan in Ivory Coast and Freetown in Sierra Leone. Discussions are underway for new orders in 2022 for other ports operated by Bolloré Ports.

“We are proud to start the delivery process of this historic order for Gaussin, which will enable the port of Abidjan to accelerate its ecological transition. Our partnership with the Bolloré Group remains a strategic pillar of Gaussin’s strategy and I am delighted with the development prospects underway,” said Christophe Gaussin, CEO of Gaussin.

“We are entering the final stretch before the commissioning of Côte d’Ivoire Terminal scheduled for next November. This second container terminal illustrates all our know-how as a port operator both in technological and environmental terms. We are satisfied with our partnership with Gaussin and are pursuing our investment projects with the aim of reducing the impact of our activities on the environment year after year,” said Philippe Labonne, Deputy CEO of Bolloré Transport & Logistics.