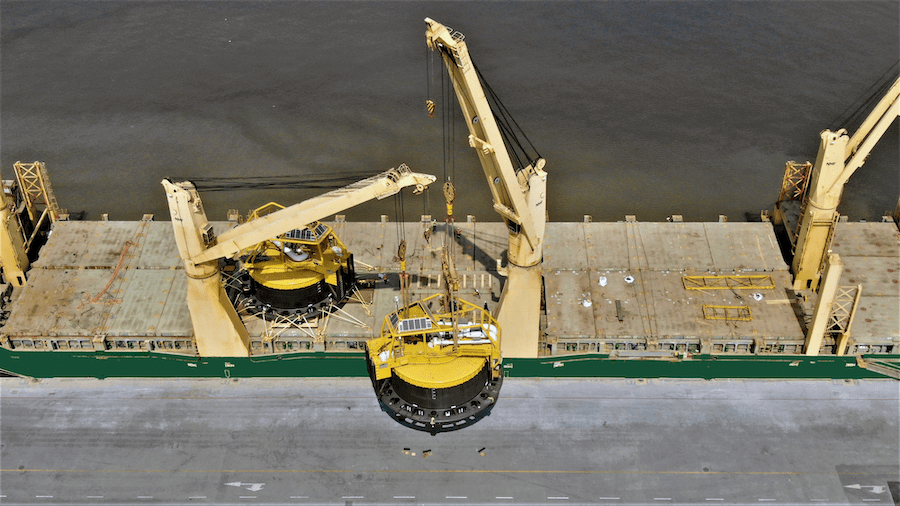 He added: “We originally planned to ship only one buoy, so our solution was completely re-designed at some point. Despite this, sea fastening and lifting of both units proved no issue at all and was possible with our ship’s equipment. However, COVID restrictions meant that none of the engineering team could attend discharge, which put pressure on the AAL Kobe’s formidable crew – especially with a constant risk of bad weather offshore. The operation ultimately proved a success and strong collaboration between the engineering team in Singapore, our Project Engineer Monique Haehre at AAL Hamburg, and Columbia Shipmanagement colleagues manning the ‘Performance Optimisation Control Room’ (POCR) facility in Cyprus – whose 24/7 weather routing calculations and prognoses significantly helped sailing efficiency and operational safety.”

Andy Tite, Global Commercial Head, DHL Industrial Projects, concluded: “The close partnerships DHL holds with our carriers is imperative to our safe and effective operational performance. In this instance, AAL completed the operations to the highest standards, which is not only a requirement of DHL but also of our clients. This was all the more impressive as we were placed under some quite considerable pressure due to restrictive timescales and the addition of twice as much cargo as originally booked, AAL responded in a positive and supportive manner. We appreciate greatly their approach technically and operationally, as well as their overall professionalism.”