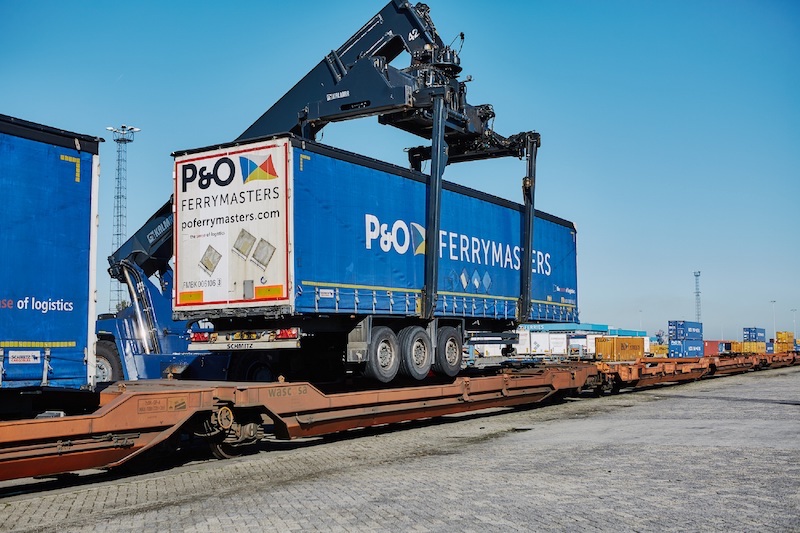 P&O Ferrymasters has announced the next step in the expansion of its pan-European logistics network with the introduction of a new train service from Lovosice in the Czech Republic to Europoort – Rotterdam with the option for onward sea connections to Britain. The company will run its own trains in both directions from Lovosice, a strategic transport junction which is situated close to both Prague, Germany and Poland, allowing businesses to move goods faster and more efficiently to Western Europe. Freight arriving in Rotterdam can then be shipped internationally or via P&O Ferries’ services to multiple ports on the east coast of Britain.

Thorsten Runge, Managing Director of P&O Ferrymasters, said: “This new service is the first to provide a direct multimodal link spanning from the Czech Republic to Britain and the first direct rail link between the Czech Republic and the Netherlands to use mega trailers. Part of the train will stop at Duisburg, the world’s biggest inland port, which will be used as a gateway to connect Lovosice with other European terminals.”

“Our customers face complex challenges in transporting goods from A to B across long distances in a context of time-critical, cost-constrained supply chains. Through this new service we will deliver value for our customers by driving efficiency and helping them to eliminate waste and reduce CO2 emissions in their supply chains.”

The first train departed from Lovosice earlier this month and arrived in Europoort 24 hours later with thirty-eight 45’ pallet-wide containers and huckepack trailers. There will be four departures per week in each direction and the train is able to transport hazardous goods and also goods subject to customs. The launch of the new service builds onto P&O Ferrymasters’ strong multimodal network, which has its own train connections to Poland, Romania and Italy.

This announcement follows several major investments in P&O Ferrymasters’ network in the past 18 months, including the addition of 200 mega trailers to its fleet and the opening of new connections, such as the launch of a rail service between Oradea (RO) and Lodz (PL).  Furthermore, by working with its parent company DP World, P&O Ferrymasters introduced in September a state-of-the-art track and trace system.