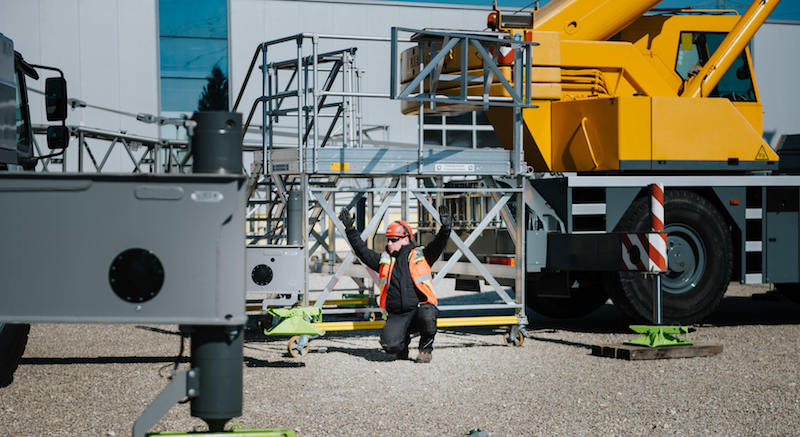 ESTA, the European Association of Abnormal Road Transport and Mobile Cranes has published a statement announcing that the crane operators holding an European Crane Operators Licence (ECOL) will be able to work in British Columbia, Canada without undertaking additional training.

ECOL, created by ESTA, has signed a Mutual Recognition Agreement (MRA) with the British Columbia Association for Crane Safety (BCACS). The move followed a meeting of the ECOL Expert Committee in May. The meeting agreed to an alignment of standards between ECOL and the BCACS. The two sides then signed a formal MRA, a process that was completed on July 8.  The agreement means that an ECOL licence and a BCACS licence will be interchangeable and operators holding them will be able to work in both territories.

ESTA Director Ton Klijn said: “This shows the growing international interest in ECOL. Agreements like this will enhance crane operator training on a worldwide level. ECOL can improve both safety and employment flexibility, allowing good operators to work wherever they are needed – something that will be a significant plus, especially for the big international operating companies.”

ECOL supporters hope that the BCACS agreement will eventually lead to similar deals being struck with the rest of Canada.

“This is truly a landmark agreement which demonstrates our mutual commitment to the highest professional crane operator safety standards,” said Fraser Cocks, Executive Director of BCACS.

“Through our partnership we have made a world-class quality crane operator certification system and this work is only the beginning. We look forward to deepening our ties with ECOL while bringing the benefits of this MRA to the rest of Canada.”

The BCACS agreement is the second MRA that ECOL has agreed, and the first outside Europe. ECOL’s first MRA was signed with the Netherlands late last year, and the organization hopes to have further MRAs in place in the near future.