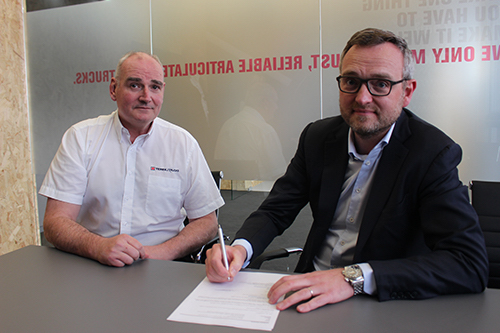 Terex Trucks have appointed Matermaco Group as the new official dealer in the Benelux region (Belgium, the Netherlands and Luxembourg). After supplying and servicing Terex Trucks’ articulated haulers at its Algerian dealership for many years, the Group now also sells, rents and services the TA300 and TA400 articulated haulers from its two locations in Belgium. The TA300 has a maximum payload of 28 tonnes (30.9 tons) and is dedicated for infrastructure developments, commercial construction projects and quarries. The largest articulated hauler on offer from Terex Trucks, the TA400, has a maximum payload of 38 tonnes (41.9 tons), heaped capacity of 23.3 m3 and is designed for large-scale construction projects, quarries and mines.