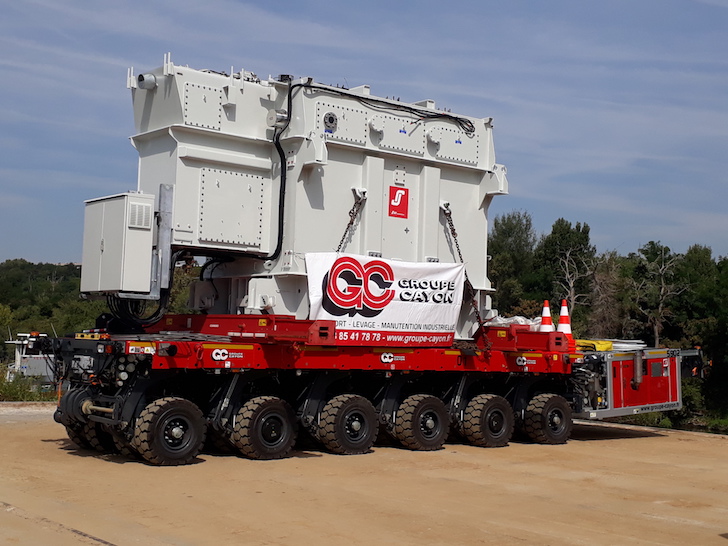 The load made its first part of the journey by water on the Seine and then from the docks in Gennevilliers the transport was on land. Due to several obstacles on the short route, the final stage took three days.

“As a 6-axle version with power pack, the Cometto MSPE picked up the transformer on arrival at the quay. Thanks to the overall length of just 11.45 m, we had no problem getting to the ship’s mooring position,” explains Matthieu Lapczynski, project leader for special transport at Groupe Cayon. “The self-propelled vehicle also left behind various obstacles on the first section of the route.”

The freight was then reloaded onto a 4+6 low bed semi-trailer to go past the passage of two low bridges. Afterwards, the transformer was loaded back onto the Cometto MSPE to cover the final metres.