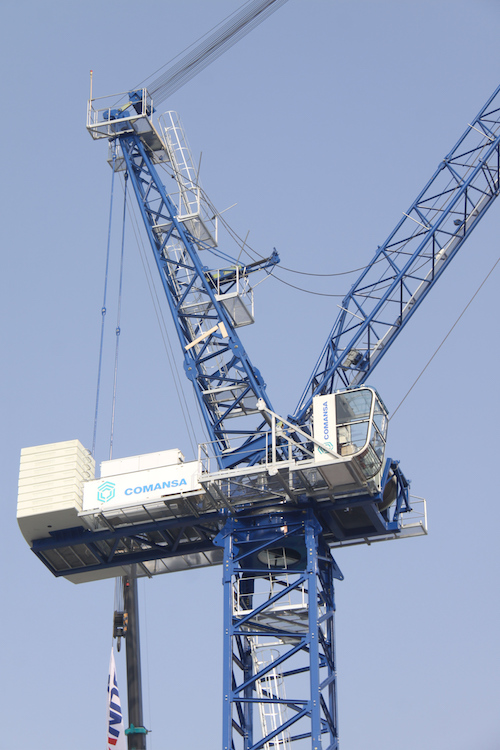 Comansa has launched two new models of luffing-jib cranes at Bauma China Trade Show in Shanghai. The new luffers are the models CML280 and CML310, developed to cover the increasing demand for 18 and 24-tonne luffing jib cranes in Asia and the Middle East. The machines will also be available in Africa and South America. The cranes feature a counter jib of only 7.3 metres, that is an important advantage in congested sites.

In addition to the new luffing-jib cranes, Comansa has also announced the upgrade of its two flat-top cranes. The models 21CM335 and 21CM550 have been both upgraded from maximum load capacity of 18 tonnes to 20 tonnes.