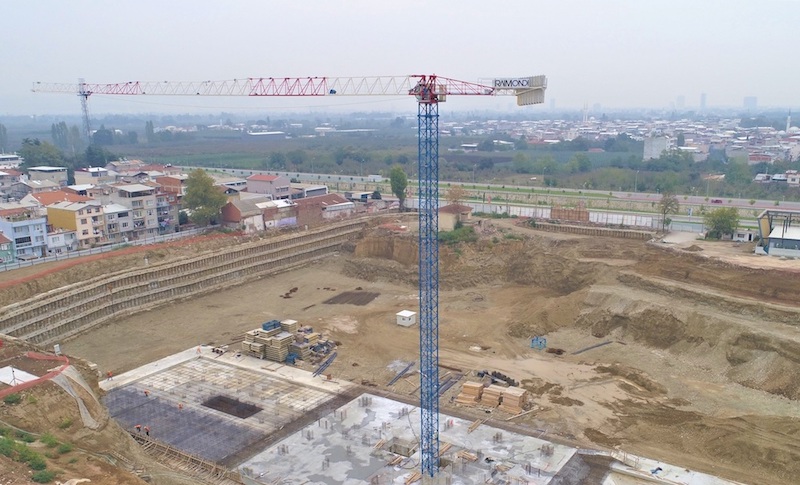 On the jobsite of Downtown Bursa, a town located in the South of Istanbul which will gather residences and facilities, the Turkish agent of Raimondi cranes Akem Group has just erected the first  MRT159 topless tower crane of a total of six planned for this project. With its 48m height under hook and a 65m boom length, it can lift until 8t of maximum load. With two collars, its final HUH reaches 98m. Currently at work, the flat-top crane will do so during a period of 20-28 months. Among the five other topless cranes, four MRT159 with a 8t capacity and a HUH of 60m are also expected. The last one, a MRT152, also with a 8t capacity, beginning with 54m high will reach a final height under hook of 80m with one collar.