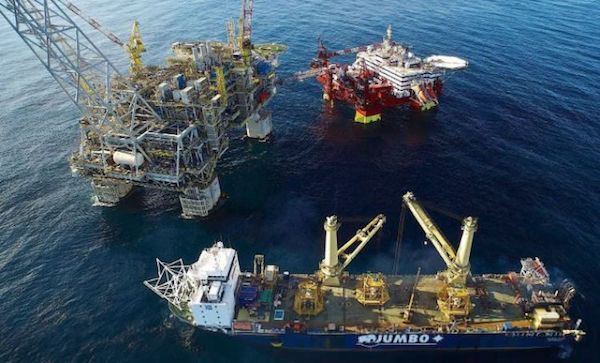 Offshore transportation and installation contractor Jumbo has been awarded a contract by Technip for the transportation and installation of a 410t subsea production manifold off the coast of Israel for the Leviathan development. The project includes a subsea production system connecting high-rate subsea wells to a fixed platform located 10km offshore Israel. Jumbo’s Offshore division will perform the task of lowering the manifold onto the seabed at a 1643m water depth and will also install various SSIV’s and valve skids at a depth of 86m. Jumbo will also take care of the equipment transportation from US Gulf Coast to Eastern Mediterranean sea.