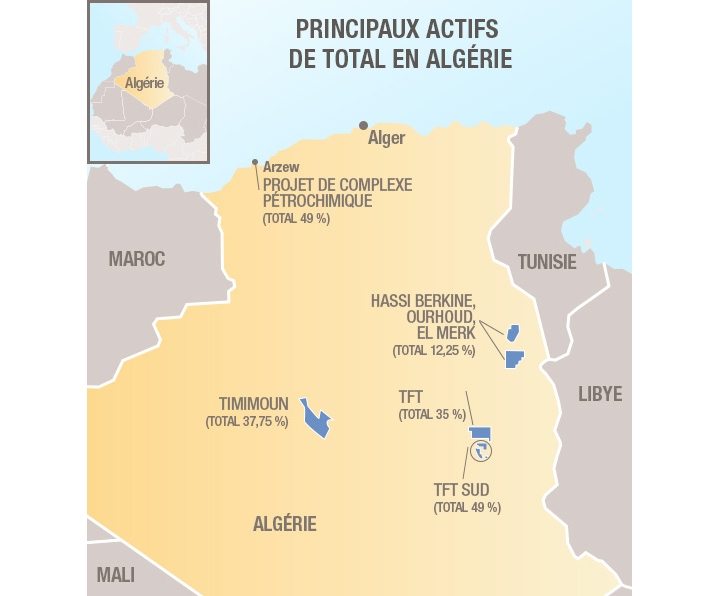 The French group Total and the Algerian state-owned company Sonatrach signed two agreements on Sunday 7 October in Paris. The first is a new concession contract for the joint development of the Issasouane Erg gas field, located in the South of the Tin Fouyé Tabankort gas field from which Total is the historical partner. Both companies are committed to make the necessary investments in order to value its reserves, estimated at more than 100 millions of oil-equivalent barrels (mboe). Investment needs for this project, for which the production launch is planned at the end of 2021, are up to 400 million dollars. In turn, a second agreement of joint-venture will allow to start their common project in Arzew (in Western Algeria). It will gather the construction of a dehydrogenation of propane factory as well as a polypropylene production unit with a 550 000t per year capacity. The first engineering studies are planned for November.

” Agreements signed today marked a new step-in the development of the strategic partnership between Sonatrach and Total in order to pursue the value of the country’s gas reserves bringing the best if our technological expertise,” stated Patrick Pouyanné, Total CEO.