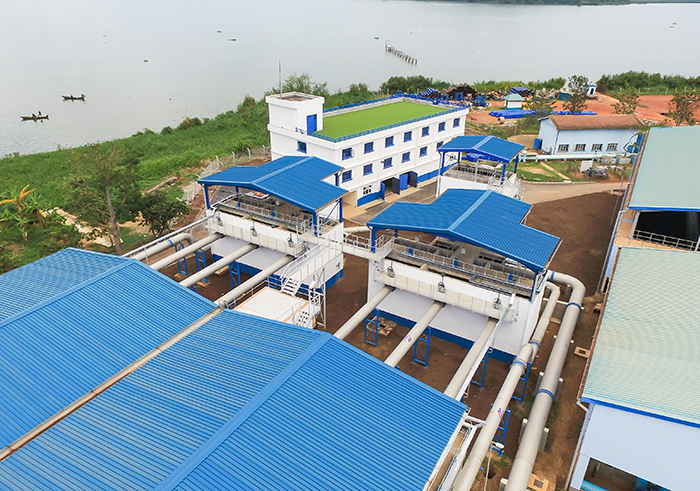 In August, the Vinci group subsidiary Sogea-Satom began working on the construction of a drinking water treatment facility in Katosi, near capital Kampala in Uganda. It includes designing and building a facility which will treat 160 000 cubic meters per day.

Granted by the National Water & Sewerage Corporation (NWSC), this jobsite follows sewerage works DN 1400 on 10 km, downstream of this new facility, which has begun in September 2017. These pipes transport the treated water from the facility located in Katosi up to Kampala. Actually mainly powered by the water treatment facility Gbaba, Kampala will count on twice more drinking water at the end of the works.