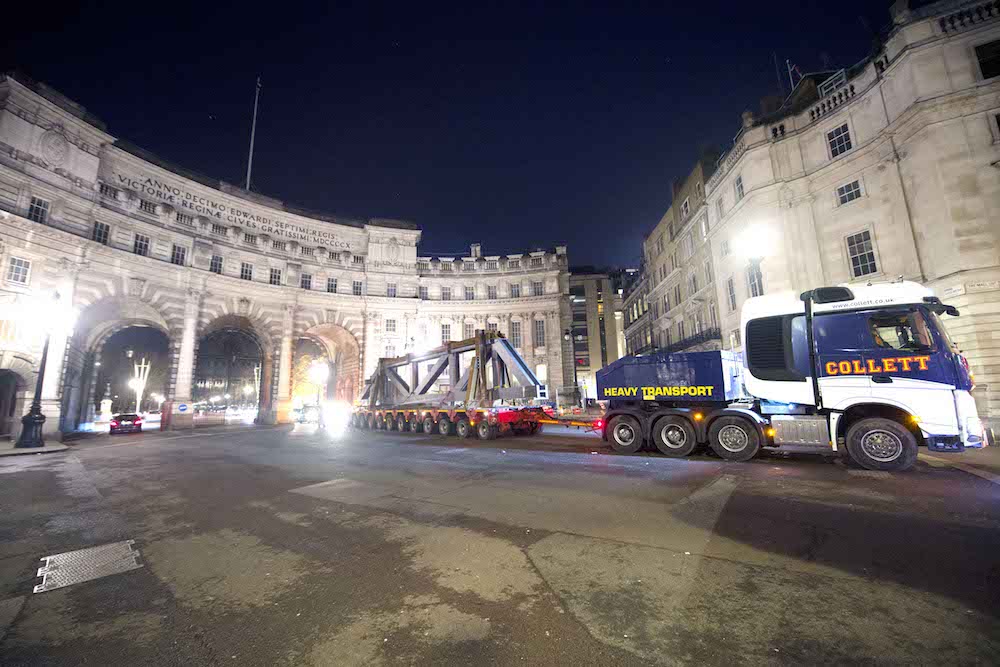 The manufacturer of fabricated steel props and trusses Allerton Steel appointed Collett to transport heavy materials for the Leicester Square Hotel construction. This delivery was very complicated as a result of versatile weather conditions in the center of London and by the traffic density. Altogether, seven 11t steel props measuring 19m long, 0,5m width and 0,5m high, and six 63t trusses of 20,5m long, 0,5m width and 3m high have been ferried to the site. Carrying cargoes that heavy and large entailed several difficulties in logistics and curfew.

After the initial delivery schedule for the props and several planning and coordination months among all those concerned, Collett & Sons teams have been delivered all the cargoes directly on site during seven days. The Middlesbrough-London journey took four days in January 2018 and the trusses have been transported during three days, shortly after mid February.