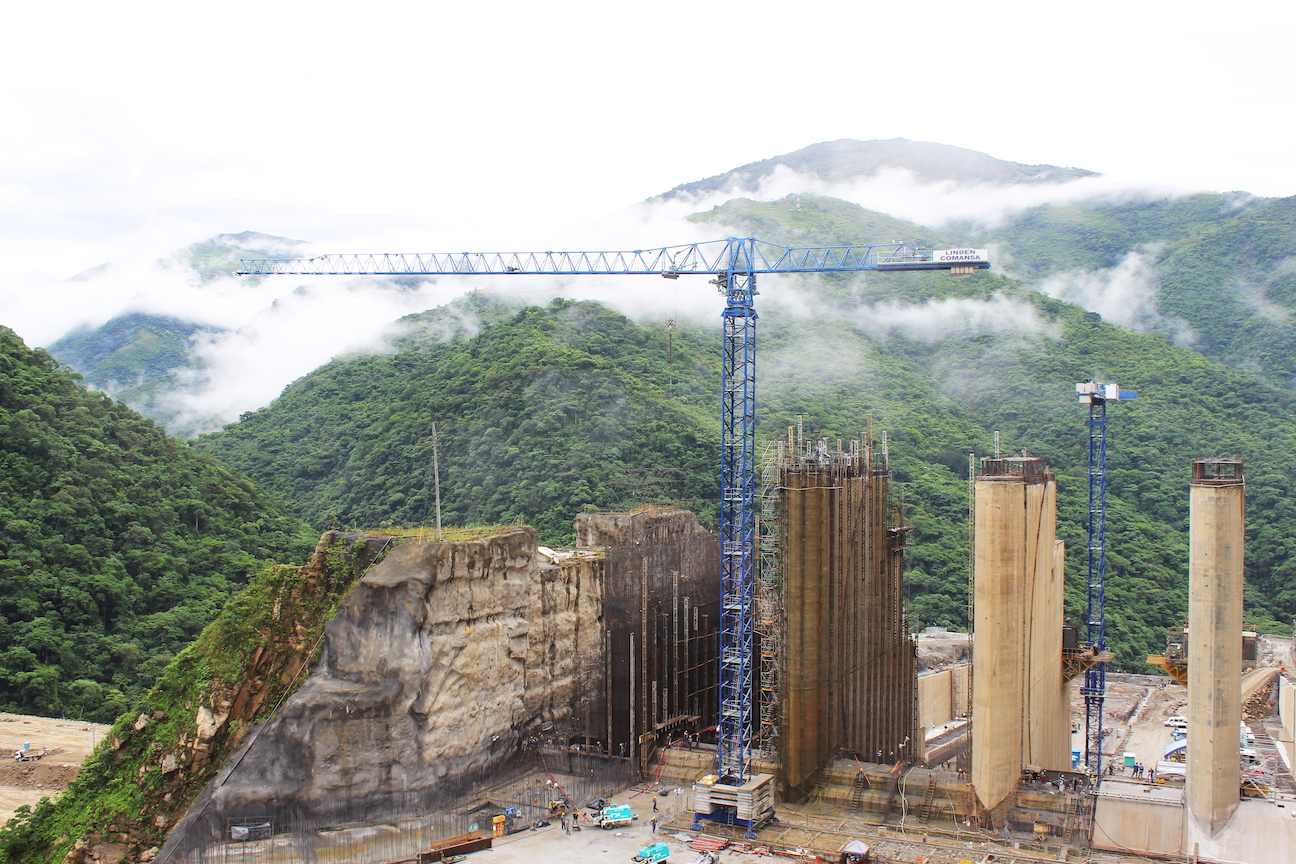 To carry out the construction of the power plant, no fewer than 3 Linden Comansa tower cranes are mobilised.

The third crane, an 11LC160 with a height under hook of 40 metres and a maximum load capacity of 8 tonnes, has been in three different locations but still very close to the other two cranes. It was installed in an area higher than the spillway in order to be used to help build the tunnel which will provide road access to the spillway. Once this initial work was completed, the crane was mowed to a slightly lower area for the construction of two intake tunnels, which will take water from the reservoir to the machine room and turnines.