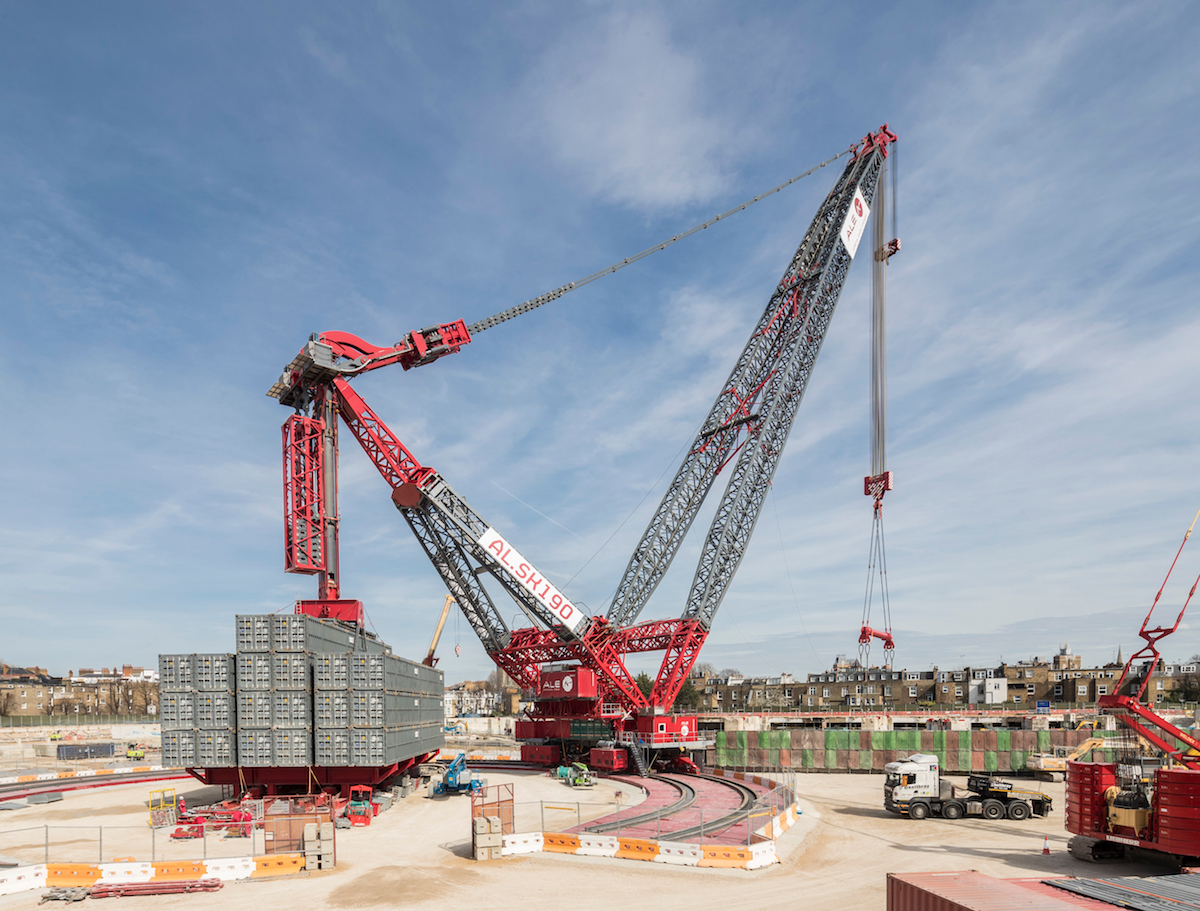 Recently, the British company Ale completed two lifting operations in the same time with two cranes of its fleet. Within the Earl’s Court Project held by the contractor Keltbray, an AL.SK 190 has been used to lift portal beams above the Underground, the London network. The machine, which has a 120 meter-high capacity and can lift until 4300 tons, has been chosen as the optimum engineering solution. « This crane can achieve lifts previously unachievable », attested Ronnie Adams, Senior Project Manager for Ale. On the other hand, the Lightweight Service Crane (the most compact crane of the company) has lifted several BMU components weighing between 1 and 3.5 tons on a 124 meter-high roof. According to the Account Manager Offshore Handling Services Patrick Van der Ent, this crane was the best solution, in particular to avoid « disruptions ». These lifting operations has been executed in a single day, whereas a week was necessary to prepare, mobilize and demobilize the machines. 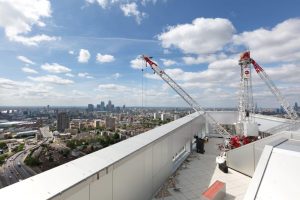